A Pretend “War Against Christianity” 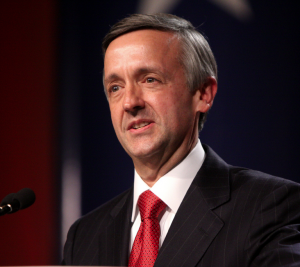 [T]he war on Christmas is real, but, Bill, it’s a part of a larger war against Christianity that's being waged around the world. And, yeah it’s true, we are not suffering in the same way as Christians who are being martyred in other countries. Not yet, anyway, but make no mistake about it. This is all part of the same war and we've got to push back against it on every front.

So what is going on in America that Jeffress compares to the slaughter of Christians elsewhere (such as the Christmas day murder of 37 Christians in Iraq)? Notably, neither O’Reilly nor Jeffress provided any evidence of a “war against Christianity.”

The single court case that Jeffress mentioned, the “Christian Candy Cane” case (Morgan v. Swanson), involved a student handing out cards proclaiming “Jesus is the Christ” in a tax-funded, government school. Preventing a student from proselytizing in a government school is hardly waging a “war” against his religion.

Jeffress further said that, not only is Satan behind the war on Christianity, Satan is also behind the denials that such a war exists. There can be no rational discussion with such a man, who imagines demons behind every statement of which he disapproves.

Jeffress’s nonsense aside, disagreement is not the same thing as war, and a government that declines to promote a particular religion does not thereby persecute that religion.