The Meaning of Appeasement in the Middle East 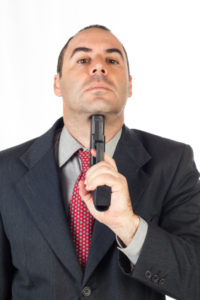 From the New York Times:

On the eve of his first trip to the United States as Egypt’s new Islamist president, Mohamed Morsi said the United States needed to fundamentally change its approach to the Arab world, showing greater respect for its values and helping build a Palestinian state, if it hoped to overcome decades of pent-up anger.

In other words, according to the Islamist president of Egypt, the Islamist assault on the U.S. embassy in Cairo, and Islamist attacks on American embassies and citizens elsewhere, are America’s fault, and America must do penance.

A Pakistani government minister has offered a $100,000 . . . reward for the death of the maker of an anti-Islam film produced in the US.

Railways Minister Ghulam Ahmad Bilour said he would pay the reward for the "sacred duty" out of his own pocket.

A government spokesman condemned the remarks and said it was considering taking action against Mr Bilour.

In other words, after a Pakistan official perpetrated an act of war against the United States, the Pakistani government is considering taking action against him.

From The Daily Caller:

By a vote of 81 to 10, the Senate on Saturday defeated legislation that would have suspended foreign aid to Pakistan, Egypt and Libya in the wake of the violent anti-American demonstrations in those countries.

In other words, the United States will continue paying extortion money to those who turned a blind eye as Islamists assaulted American embassies and personnel, and to those who continue openly defending and promoting those Islamists.

The Obama administration is airing ads on Pakistani television condemning the anti-Islamic film "The Innocence of Muslims," a State Department spokeswoman confirmed Thursday.

In other words, the U.S. government is spending American tax dollars to disparage American liberties in a nation that tolerates open acts of war against U.S. citizens.

The nature of the United States’s current foreign policy is aptly captured in a single word: suicide.