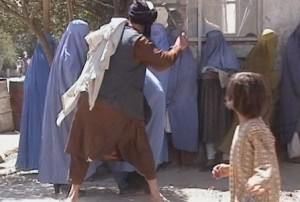 U.S. policies of appeasing and even subsidizing Islamists, and promoting democratic processes to empower the same, have predictably produced a resurgence of Islamist assaults on “infidels.”

To defend ourselves from murderous Islamists, Americans must realize that Islamists are motivated by a totalitarian theocratic ideology, which they seek to impose worldwide, and our attempts to appease or bribe them only demonstrate that America is a paper tiger, which, in turn, strengthens the Islamists’ resolve to destroy us.

Thankfully, more Americans are coming to grips with reality. Lara Logan, the CBS reporter who was brutally assaulted last year while covering the Egyptian “revolution,” recently spoke publicly on the dangers of totalitarian Islam. She openly and appropriately mocked the “Taliban apologists” of the West, those who pretend today’s Islamists “are just the poor moderate, gentler, kinder Taliban.” Logan aptly summarized the policy of appeasement as “nonsense!”

Hopefully America’s leaders will achieve some semblance of common sense and come to see that nonsense is nonsense in time to stop the next slaughter of Americans.