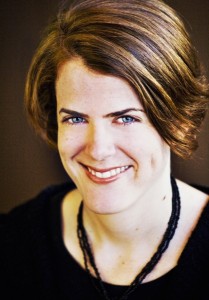 Although historian Jennifer Burns gets a lot wrong about Ayn Rand, she makes some good points in a recent op-ed for the New York Times. Burns discusses Rand’s ideas in relation to those of Paul Ryan, the GOP’s vice-presidential candidate who has credited Rand for inspiring him to enter politics.

To be sure, the op-ed contains some ridiculous assertions; for example, Burns claims that Rand would have “scoffed” at the prospect of someone entering politics (which Ryan described as “public service”), and she ludicrously claims that Tea Party members “believe they are the only ones who deserve government aid.” Burns is right, however, in recalling the following:

Years before Roe v. Wade, Rand called abortion “a moral right which should be left to the sole discretion of the woman involved.” She condemned the military draft and American involvement in Vietnam. She warned against recreational drugs but thought government had no right to ban them. These aspects of Rand do not fit with a political view that weds fiscal and social conservatism.

Burns unpersuasively claims that even in the context of Obama’s assaults on producers and economic liberty Rand would have considered Ryan’s position on the Republican ticket to be a “nightmare.” But Burns is certainly correct that Rand would have condemned many of Ryan’s beliefs and policies.

Rand would have condemned any and all policies that involve the violation of individual rights. Americans would do well adopt this policy as their own.

View all articles by Ari Armstrong →
Eugene Robinson’s Disdain for the Working Class, and Distortion of Ayn RandOpen Letter to Paul Krugman re Intellectual Impotence, Inflation, and Ayn Rand
Return to Top