Eugene Robinson’s Disdain for the Working Class, and Distortion of Ayn Rand 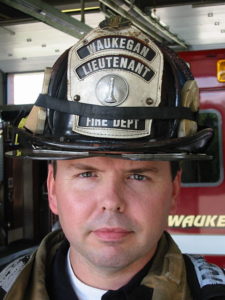 In a Washington Post article, Eugene Robinson falsely asserts that Ayn Rand “equated capitalist success with moral virtue,” and he claims that Mitt Romney and Paul Ryan ascribe to this allegedly Objectivist outlook. This view, according to Robinson, also entails “disdain” for “the working class,” who, not being “capitalists,” “don’t contribute and don’t count.”

But Robinson’s premise is a distortion of Rand’s ideas (and, for that matter, of Romney’s as cited in the article). Success, in Rand’s view—whether “capitalist” success, or any other kind—means the achievement of one’s rational values. Success does not equal moral virtue; rather, it is a consequence of moral virtue—that is, of rationality, honesty, integrity, and productiveness, to name a few of the virtues integral to Rand’s Objectivist ethics.

On Rand’s philosophy, one’s virtue is measured not by how much money one makes, but by how one uses one’s mind, the goals one chooses, and how one pursues them. A great innovator, such as Steve Jobs, and a committed firefighter, such as the many men and women across America who are committed to that occupation, are, in Rand’s view, equally virtuous—if they are equally rational and honest and do their best in the area of work they’ve chosen. “It is not the degree of a man’s ability nor the scale of his work that is ethically relevant,” Rand wrote, “but the fullest and most purposeful use of his mind.”

If anyone has “disdain for the working class,” it is leftists such as Eugene Robinson, who belittle school bus drivers, teachers, and the like as “little people,” a term Rand would never have used to describe any productive person.

Robinson concludes, “This is a campaign Democrats should relish.” Let me add some advice: If the Democrats’ strategy is to tie Romney and Ryan to Ayn Rand’s ideas, they might want to get the facts straight about what Rand advocated. Then again, if they do get the facts straight, they will find that the association is to the advantage of Romney and Ryan.