Chevy Volt Powers Down; Who Could Have Guessed? 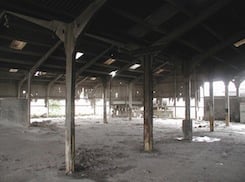 If I were to write a business plan based on manufacturing and selling a product few people wanted, for a price few people were willing to pay, in the midst of the worst recession in at least twenty years, would you invest funds in my venture?  You would if you were the U.S. government and I was General Motors (GM).

Federal and state governments have poured billions of dollars into the Chevy Volt, GM’s battery-powered car, and Volt buyers currently qualify for a $7,500 government rebate.  Yet despite—or rather, because of—all this government support, we now see what was inevitable from the start. As the Wall Street Journal reports:

General Motors Co. will idle production of its Chevrolet Volt battery-powered car for five weeks beginning this month because of slow sales amid an effort to boost the vehicle's consumer appeal…. At the same time, GM has boosted the appeal of its gasoline-engine compact cars. Its 2012 Chevrolet Cruze, for instance, gets up to 42 miles on a gallon of gasoline in some versions, yet costs about half the price of a Volt.

Why, with all the government support, has the Volt failed so miserably that production needs to be shut down for a month?

The reason is that GM never intended to make a profit with the Volt, and legislators and government bureaucrats apparently don’t know where profit comes from, nor do they care. Government dumped money into the Volt because it supposedly has less impact on the natural “environment” (as if any environment other than men’s freedom to act on their rational judgment could morally matter). What these politicians and bureaucrats did not realize, and what they never seem to realize, is that people will not a buy a product if it adds less value to their lives than a substitute product does. The WSJ article continues:

GM's move signals, "consumer demand is just not that strong for these vehicles," said Lacey Plache, chief economist for auto-research firm Edmunds.com. "The price premium on the Volt just doesn't make economic sense for the average consumer when there are so many fuel-efficient gasoline-powered cars available, typically for thousands of dollars less."

So the car is bad for consumers.  What about workers?

GM said around 1,300 workers at the Hamtramck, Mich., factory where the Volt is built will be out of work between March 19 and April 23, a spokesman said. The plant had just resumed production on Feb. 6 after a prolonged holiday shutdown.

The problem is that GM is pretending that its proper concern is to reduce impact on the natural “environment” when in fact its proper concern is to produce quality cars for rational people in a competitive marketplace. Because consumers (in the aggregate) tend to act rationally and thus spend their money on vehicles that add value to their lives rather than drain it, the Volt continues to sit idle at dealerships.

A rational, profit-driven firm would quickly rethink its priorities in the face of such dismal performance.  GM, however, promises to take a different approach:

"This technology is here to stay, we have all kinds of people who want to copy it and go after it. We are not re-evaluating anything," Mr. Reuss [GM’s North American chief] said.

GM’s irrationality is hoisting its employees, shareholders, and U.S. taxpayers on the pyre. And such wholesale value destruction will continue until government removes its hands from the marketplace and lets companies thrive or dive in accordance with their intelligence or stupidity.

View all articles by Ryan Krause →
Letter to the Editor
Judge Nixes Maryland’s Rights-Violating Handgun RestrictionsWrite Us a Song, and That’s Lucky Too
Return to Top