Write Us a Song, and That’s Lucky Too 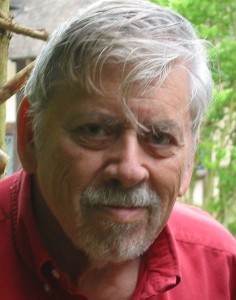 Robert B. Sherman, who cowrote memorable songs for the magical nanny and for numerous other Disney films, died in London earlier this week, the AP reports. Robert and his collaborator and brother Richard earned a Grammy and two Oscars for their work for Mary Poppins, among numerous other awards throughout their fruitful careers.

Oscar-winning "Chim Chim Cher-ee” is my personal favorite of the brothers’ songs. It is a piece alternately melancholy and joyous about a chimney sweep who makes the best of his dirty job, choosing his “bristles with pride” and enjoying the sight of the “rooftops of London.” He says, “Though I spends me time / In the ashes and smoke / In this ol' wide world / There's no happier bloke.” (This reminds my of Ayn Rand’s line from Atlas Shrugged: “There's no such thing as a lousy job—only lousy men who don't care to do it.”)

The song also features the unforgettably sweet line: “Blow me a kiss / And that's lucky too.”

The AP reports that Robert’s son Jeffrey said his father “wanted to bring happiness to the world and, unquestionably, he succeeded.” Indeed he did.

View all articles by Ari Armstrong →
Chevy Volt Powers Down; Who Could Have Guessed?Absurd Bill Sought to Ban “Discrimination” Against Raunchy Biker Attire
Return to Top