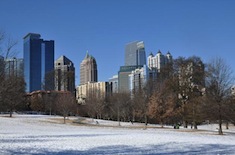 The state of Georgia “paid at least $355 million in subsidies over the past four years” to “subpar” day care centers, the Atlanta Journal Constitution reports. In what ways are these centers subpar? Among other things, staffers hit children with rulers, encourage children to hit one another, and fail to notify parents about matters such as highly contagious skin infections.

How is it possible that such day care centers exist in America?

When the government loots Americans to fund day care centers and the like—establishments that are properly left to the marketplace—accountability disappears. Taxpayers can’t keep their eyes on the countless recipients of the funds that are taken from them; many parents sending their children to government-run (or government-sanctioned) schools or day care centers are under the impression that the establishments must be okay because government is on top of it; and the establishment itself need not worry about how well it preforms because it continues to be subsidized by the government. There’s more, but that’s an indication of why accountability in these establishments is nil.

The solution to such nightmares is for the government to get out of the day care and education business, and to leave such things to the marketplace, where they belong. In a free market, day care centers would have to meet the standards of those who voluntarily fund or refuse to fund the institutions, and parents would know that it is fully their responsibility to keep an eye on and to judge those to whom they entrust their children. Suffice it to say that, in a fully free market, day care centers in which staffers hit children with sticks or encourage children to hit each other or the like would go out of business in a flash.

This is yet another example of the principle that only laissez-faire capitalism can deliver the goods.