Pawn Stars and the Beauty of Capitalism 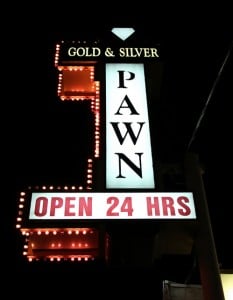 The History Channel’s “reality” television show Pawn Stars not only reveals interesting facts about eclectic household items, it also demonstrates the value of pawnshops, how this business works, and, in so doing, the nature of trade in general.

The pawnshop owners and their customers negotiate deals that, in every instance, constitute a gain (or at least an expected gain) on the part of both parties.

The show features a family-owned pawn shop in Las Vegas, Nevada, whose customers come in to sell or pawn anything from Civil War memorabilia to video games to custom-made motorcycles. When a customer brings in an antique or an unusual item, the shop owners reach out to experts such as museum curators or specialty retailers, who often explain how they determine the authenticity or value of the objects.

Of course, determining the value of rare items is not an exact science. As the show reveals, pawnshops assume the risk that they will ultimately be unable to sell unclaimed collateral items at a profit—just as all businesses assume the risk that they will be unable to sell or continue selling their products at a profit. Pawn Stars illustrates the basic way in which all businesses work. . . .

View all articles by Kevin Douglas →
Letter to the Editor
“Raisin Outlaws” Fight for Freedom to Produce and TradeGovernment Extorts Money from Ebook Publishers; You Can Refuse to Participate
Return to Top