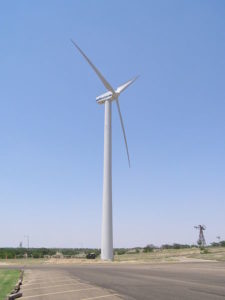 But the wind tax credit should be scrapped and replaced with lower taxes for all.

Producers of wind turbines claim that dropping the tax credit would mostly stop the expansion of the wind industry and cause thousands of layoffs. But if so, that proves only that wind cannot compete economically with other forms of energy. (That is not surprising, given that wind is geographically dispersed as well as highly variable and thus difficult to convert into usable electricity.)

When Congress “creates jobs” by tipping the scales of the market, it does so only by destroying jobs elsewhere and undermining people’s ability to create valued goods and services.

Morally, such tax credits favor some and thereby violate the rights of others. The tax credits essentially punish other producers more with higher net taxes. Not only does that violate the principle of equality under the law, it violates the rights both of producers and consumers to use their own resources in accordance with their own judgment.

Congress should stop handing out special tax “credits” to those companies best able to play the political game. Instead, Congress should focus on cutting federal spending and uniformly reducing tax rates for all producers.