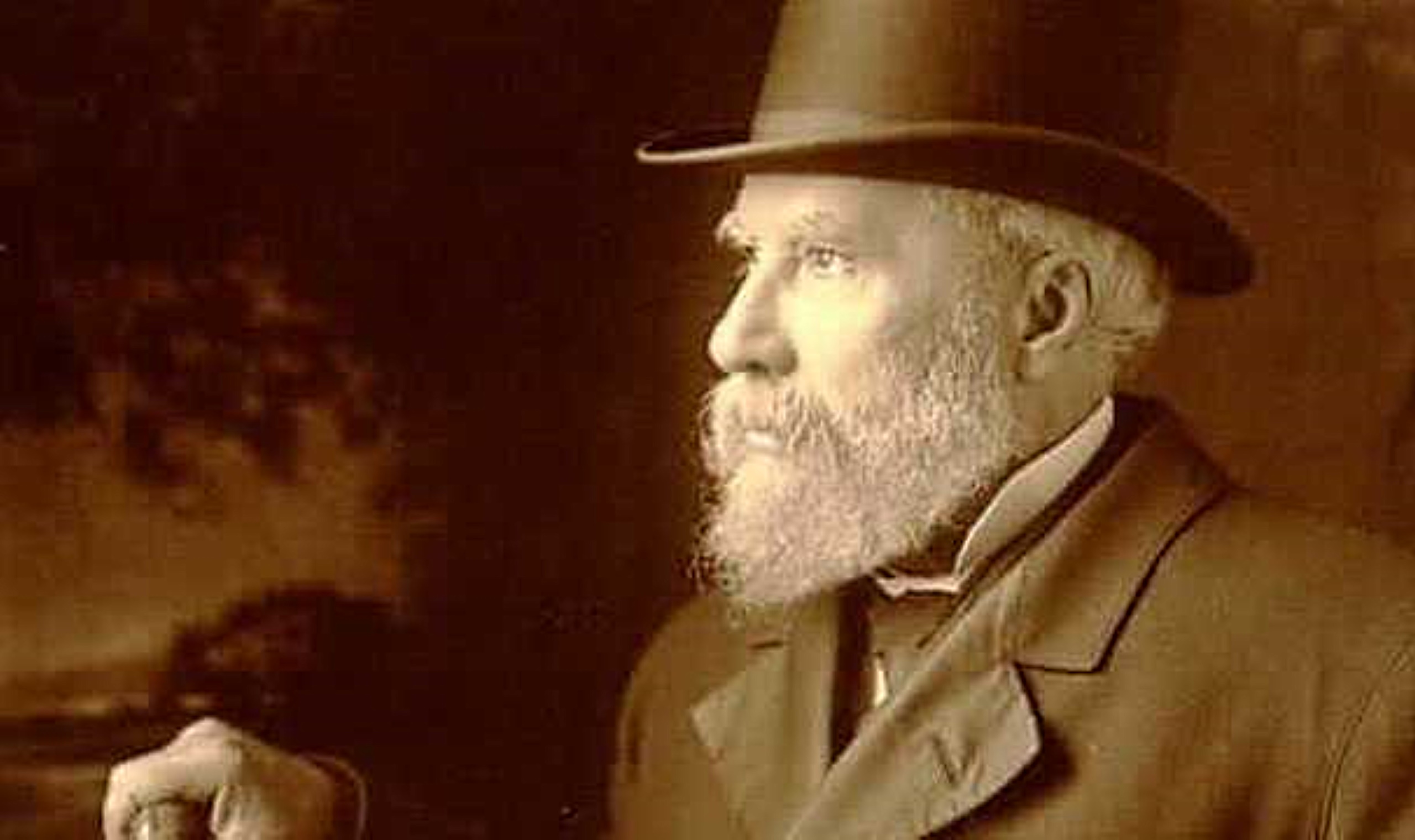 Toward the end of the 19th century, James J. Hill built the Great Northern Railroad across the American Northwest. This remarkable railroad transformed that barren land—labeled the “American Desert” on maps of the day—into a vibrant, productive region. Even more remarkable than the railroad, however, is how Hill built it.

Hill was born in 1838 on a farm in Ontario, Canada. When he was fourteen, his father died suddenly and Hill went to work in a general store, where he learned much about what farmers in that cold but fertile region of Canada needed in order to produce their goods. A few years later, armed with this knowledge and just four years of formal schooling, the young Hill set out to make his fortune.

In the summer of 1856, he arrived in St. Paul, Minnesota, a city situated on high bluffs at the end of the navigable section of the Mississippi River where the Falls of St. Anthony prevent the movement of boats upstream. As such, the city became the terminus for steamboat traffic on the Mississippi and an increasingly popular destination. In 1849, eighty-five steamboats plied the river to St. Paul; when Hill arrived in 1856, more than eight hundred steamboats were making their way there each year.1 The reason for the increased steamboat traffic to St. Paul was the bounty of the Red River Valley to the north. The bottom of an ancient glacier lake, the Red River Valley is covered with the most fertile soil in the world, and in the mid-1800s its creature-rich forests provided an abundant supply of fur.

Although the high bluffs provide St. Paul protection from seasonal flooding, they made it difficult to transfer goods from the river to the city. Agile young men had to move freight from the steamboats down narrow planks to the riverbank and then manually hoist it onto horse-drawn wagons that would then climb the slippery embankment, risking accident and damage. Taking note of the scene as he stepped off the boat, Hill became an independent shipping agent on the spot.

As a shipping agent, he was responsible for moving goods from ship to shore and for paying boatmen for the transportation costs of the goods delivered. At the frontier in Minnesota, all the goods needed for living had to be shipped in from elsewhere: nails, groceries, salt, plows, harnesses, saddles, sewing needles, books, and so forth. These goods passed through many hands in transit, and at each transfer point shipping costs mounted. As shipping agents managed and tracked the flow of goods, they would pay for the prior leg of shipping and tack on new charges to cover their own costs, which would then be paid by the next agent, and so on. As a shipping agent, Hill not only came to appreciate the value of the goods exchanged; he also became keenly aware of the costs of transportation.

Hill realized that transportation costs often amounted to more than the cost of goods being transported. For example, from a shipping receipt in 1864 Hill noted that it cost $1,200 to ship 560 barrels of salt from Milwaukee to St. Paul, even though the cost of the salt itself was only $1,000. Of the transportation cost, $400 covered shipment by rail from Milwaukee due west to the Mississippi River town of Prairie du Chien, Wisconsin, and the remaining $800 covered steamboat passage up the Mississippi to St. Paul. Knowing that the distances of rail and steamboat legs of the journey were roughly the same, Hill also realized that railroad transportation was cheaper than steamboat transportation, in part because no reliable railroad had been built to compete with the steamboats.2

To earn more business, Hill lowered his own charges, noticeably reducing the shippers’ exorbitant transportation costs while raising his profits through increased volume. A quick success on his own, Hill was soon hired as the shipping agent for the Davidson Steamboat line, a position in which he set the shipping rates for goods throughout the line. As he had done on his own, Hill reduced rates to increase volume, and the Davidson line thrived as more and more businesses took advantage of the bargain. This strategy of low prices and high volume would become a mainstay of Hill’s business practices. . . .

View all articles by Talbot Manvel →
Letter to the Editor
Economics in Atlas ShruggedWalt Disney’s EPCOT: The City of Tomorrow that Might Have Been

5 U.S. Statutes at Large 195, “An Act Making a Grant of Land to the Territory of Minnesota in alternate sections, to and in the construction of certain railroad in said Territory”; Territorial Laws of Minnesota, ch. 1, Act approved May 22, 1857.