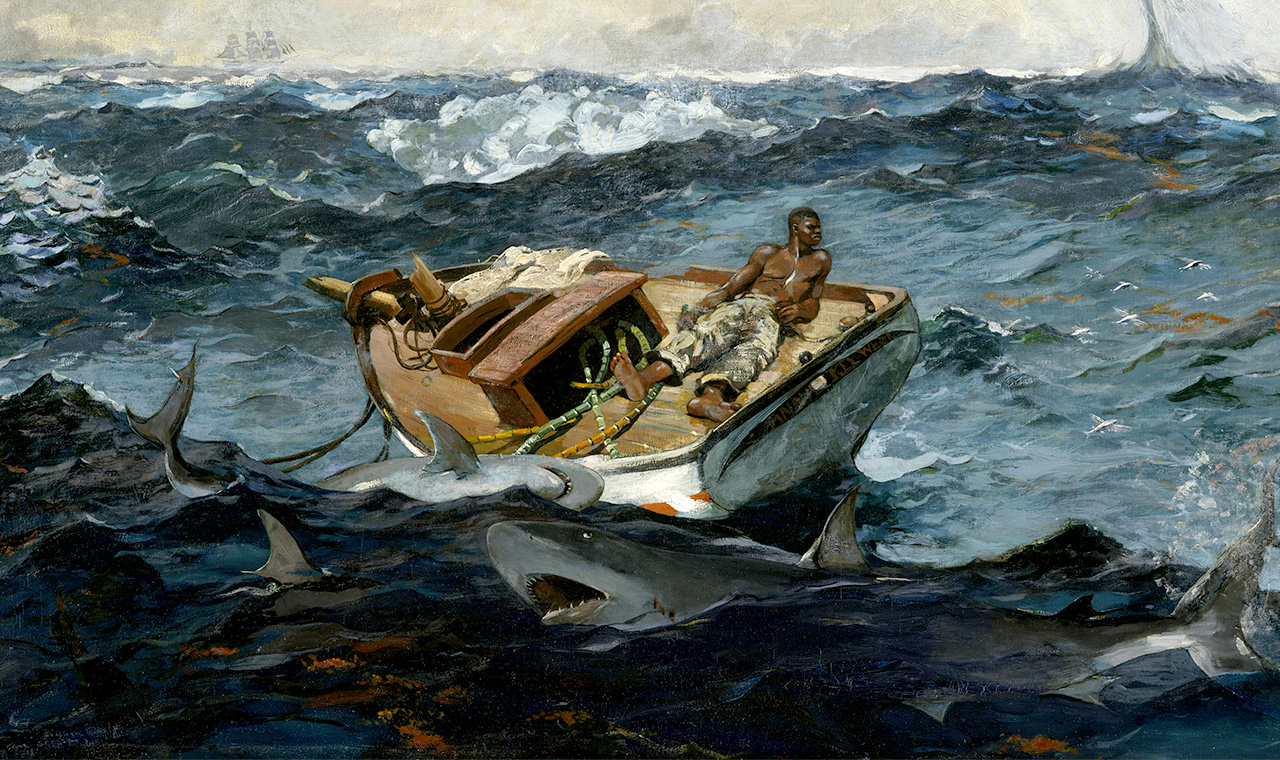 Out of the night that covers me,
Black as the pit from pole to pole,
I thank whatever gods may be
for my unconquerable soul.

In the fell clutch of circumstance
I have not winced nor cried aloud.
Under the bludgeonings of chance
My head is bloody, but unbowed.

Beyond this place of wrath and tears
Looms but the Horror of the shade,
And yet the menace of the years
Finds and shall find me unafraid.

It matters not how strait the gate,
How charged with punishments the scroll,
I am the master of my fate:
I am the captain of my soul.

The Ships That Won’t Go Down

We hear a great commotion
’Bout the ship that comes to grief,
That founders in mid-ocean,
Or is driven on a reef;
Because it’s cheap and brittle
A score of sinners drown.
But we hear but mighty little
Of the ships that won’t go down.

They make a great sensation
About famous men that fail,
That sink a world of chances
In the city morgue or gaol,
Who drink, or blow their brains out,
Because of “Fortune’s frown.”
But we hear far too little
Of the men who won’t go down.

View all articles by Various Authors →
Letter to the Editor
Captain Cook: Explorer of the EnlightenmentEgoism, Benevolence, and Generosity
Return to Top