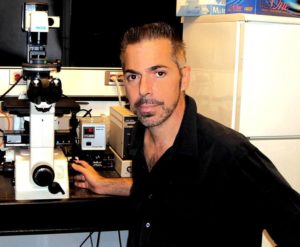 The themes of various horror films notwithstanding, “de-extinction”—the revival of extinct species—holds enormous promise for humans. The founders of Ark Corporation, Robert Lanza and George Church, plan to pursue de-extinction primarily as a means of improving the commercial breeding of farm animals and pets.

To make iPS cells, researchers take an ordinary skin cell and, by modifying it or adding certain chemicals, turn it into a potent stem cell that’s able to grow into any other tissue of the body, including eggs and sperm.

Because iPS cells can be made using frozen or recovered cells, this technology makes de-extinction possible.

Lanza and Church first plan to revive the Spanish mountain goat and the passenger pigeon, to test the technology and gain publicity. Then they aim to use the technology to improve the commercial breeding of livestock and to engineer pets with longer lifespans. Lanza envisions “a dog that lives 20 years.” In addition to providing everyone with better and cheaper meat and dairy products, this technology could make a huge difference in the lives of people who rely on pets for physical assistance or companionship.

Church says that although Ark does not itself plan to apply this technology in the area of human reproduction, other scientists might be able to use Ark’s research to help infertile couples conceive. The use of such technology on humans is, unfortunately, controversial, and the patent application was not drafted to include such use. Church expressed it this way: “It’s not part of the company. And if it were, we wouldn’t be saying it.” Even so, such possibilities are profound.

Other possibilities include zoos filled not only with animals from different places on Earth, but from different periods in Earth’s history. Imagine visiting your local zoo and seeing a dodo bird or a Tasmanian tiger!

Congratulations to Lanza and Church for helping to develop this astonishing life-serving technology, and best success to them in their venture.

Here’s to a fabulous future!