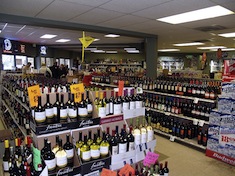 According to a recent article in the Washington Post, newly elected governor of Virginia, Bob McDonnell submitted a proposal to privatize state-run liquor stores. While we should applaud McDonnell’s push toward privatization, we should condemn his reason for the push as wrong.

In Virginia the only place one can purchase hard liquor is at a store owned and managed by the Virginia Alcoholic Beverage Control Board (the ABC), which severely limits the number of stores and the variety of beverages they carry. Nearby DC, though saddled with its own regulations, has more liquor stores serving a greater variety of beverages at lower prices; thus many residents of VA cross into DC and purchase their adult beverages there. This, of course, results in diminished revenue for the VA government, and this is why McDonnell and company want to privatize the state-run liquor stores. The government can reap greater revenue, they argue, by selling the state-run stores through a public auction, eliminating the cost of managing the stores, while increasing competition with neighboring states and thus increasing tax revenue.

McDonnell is right that privatizing the liquor stores will result in greater profits for stores, more variety for consumers, and increased tax revenue for the state, but this is not the reason that liquor sales should be privatized. They should be privatized because of individual rights.

View all articles by Michelle Minton →
The Source and Nature of Rights, Part IFrom the Editor, Winter 2009–2010
Return to Top