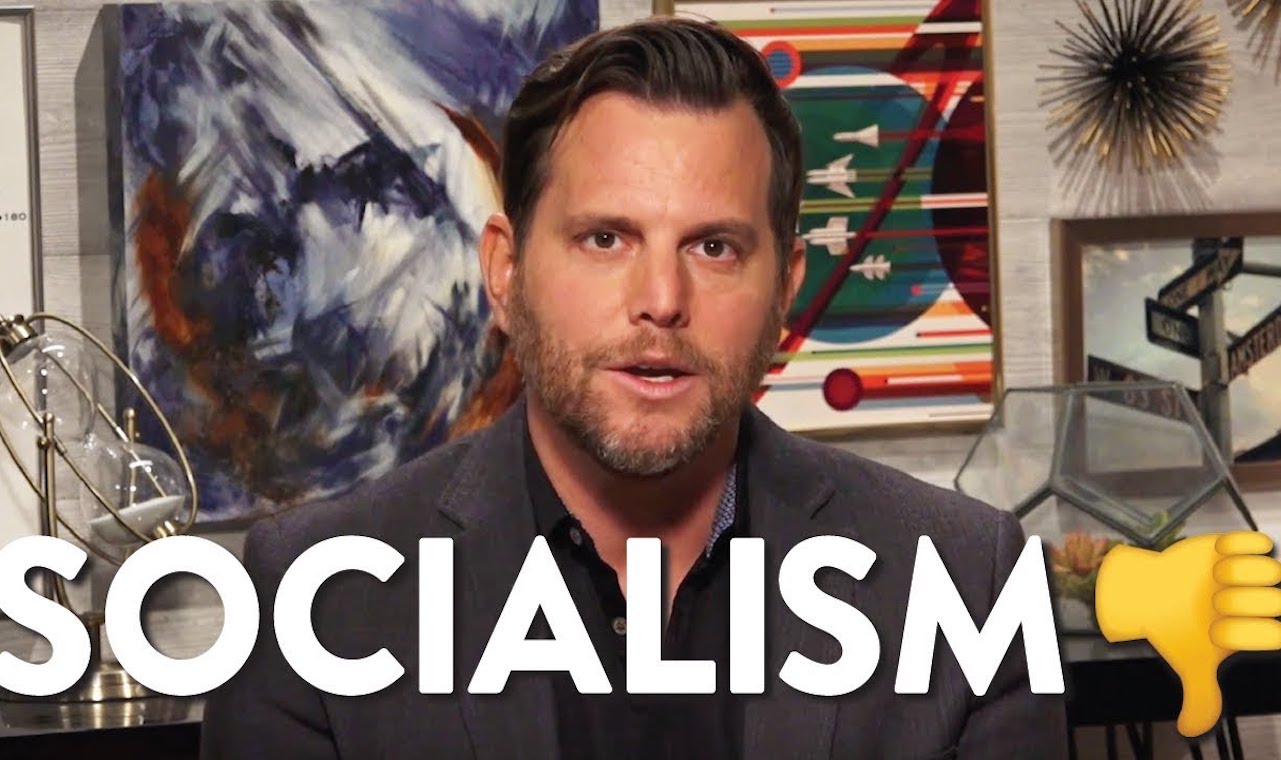 Dave Rubin and the Argument from Depravity

A few years ago, Dave Rubin considered himself a “progressive” leftist. Today, on his Rubin Report, he unashamedly advocates free speech and the “liberty, freedom, and individual choice” provided by capitalism. These, he correctly notes, are antidotes to the identity politics and coercion advocated by the left.

Rubin’s recent direct message video “Socialism Isn’t Cool” repudiates some basic leftist claims. In it, he identifies the fundamental nature of socialism—the sacrifice of the individual to the collective—and contrasts this with the purpose of capitalism: to uphold the rights of each individual.

Unfortunately, Rubin says that capitalism is “flawed” despite the fact that it “always does its best to further the advancement of human freedom.” He doesn’t explain or even specify these alleged flaws. Perhaps he will soon come to see that they don’t exist. (How could the principled protection of individual rights be flawed?)

Rubin also says that socialists attempt to create a “perfect system”—which, he alleges, can’t be done because “imperfect beings cannot create a perfect system.” This is the old “humans are not good enough for dictatorship” argument, which Ayn Rand called the “argument from depravity.”

This argument runs as follows: since men are weak, fallible, non-omniscient and innately depraved, no man may be entrusted with the responsibility of being a dictator and of ruling everybody else; therefore, a free society is the proper way of life for imperfect creatures. Please grasp fully the implications of this argument: since men are depraved, they are not good enough for a dictatorship; freedom is all that they deserve; if they were perfect, they would be worthy of a totalitarian state.

Dictatorship—this theory asserts—believe it or not, is the result of faith in man and in man’s goodness; if people believed that man is depraved by nature, they would not entrust a dictator with power. This means that a belief in human depravity protects human freedom—that it is wrong to enslave the depraved, but would be right to enslave the virtuous. And more: dictatorships—this theory declares—and all the other disasters of the modern world are man’s punishment for the sin of relying on his intellect and of attempting to improve his life on earth by seeking to devise a perfect political system and to establish a rational society. This means that humility, passivity, lethargic resignation and a belief in Original Sin are the bulwarks of capitalism.1

It is ironic that Rubin, a gay atheist, would embrace an argument based on the Christian idea of Original Sin. Although Rubin likely doesn’t see the implications of this argument, they still exist. And because Rand saw them so clearly, she had harsh words for those who employ the argument from depravity:

One could not go farther than this in historical, political, and psychological ignorance or subversion. This is truly the voice of the Dark Ages rising again—in the midst of our industrial civilization.

The cynical, man-hating advocates of this theory sneer at all ideals, scoff at all human aspirations and deride all attempts to improve men’s existence. “You can’t change human nature,” is their stock answer to the socialists. Thus they concede that socialism is the ideal, but human nature is unworthy of it; after which, they invite men to crusade for capitalism—a crusade one would have to start by spitting in one’s own face. Who will fight and die to defend his status as a miserable sinner?2

Rubin clearly is not a man-hating advocate of this theory. But the implications of the argument from depravity remain what they are regardless of the intentions of those who advance it. Perhaps Rand’s clarification will help him to see the light.

Such confusion aside, Rubin is asking important questions and thinking aloud in ways that should lead him and his audience to greater clarity over time.

If you haven’t yet seen “Socialism Isn’t Cool,” check it out below. Despite its flaws, it’s definitely worth watching.

View all articles by Jonathan Townley →
Patrick Henry’s ‘Give Me Liberty, or Give Me Death!’ SpeechEarn Cash by Bringing Friends to TOS-Con 2018