Patrick Henry’s ‘Give Me Liberty, or Give Me Death!’ Speech - The Objective Standard 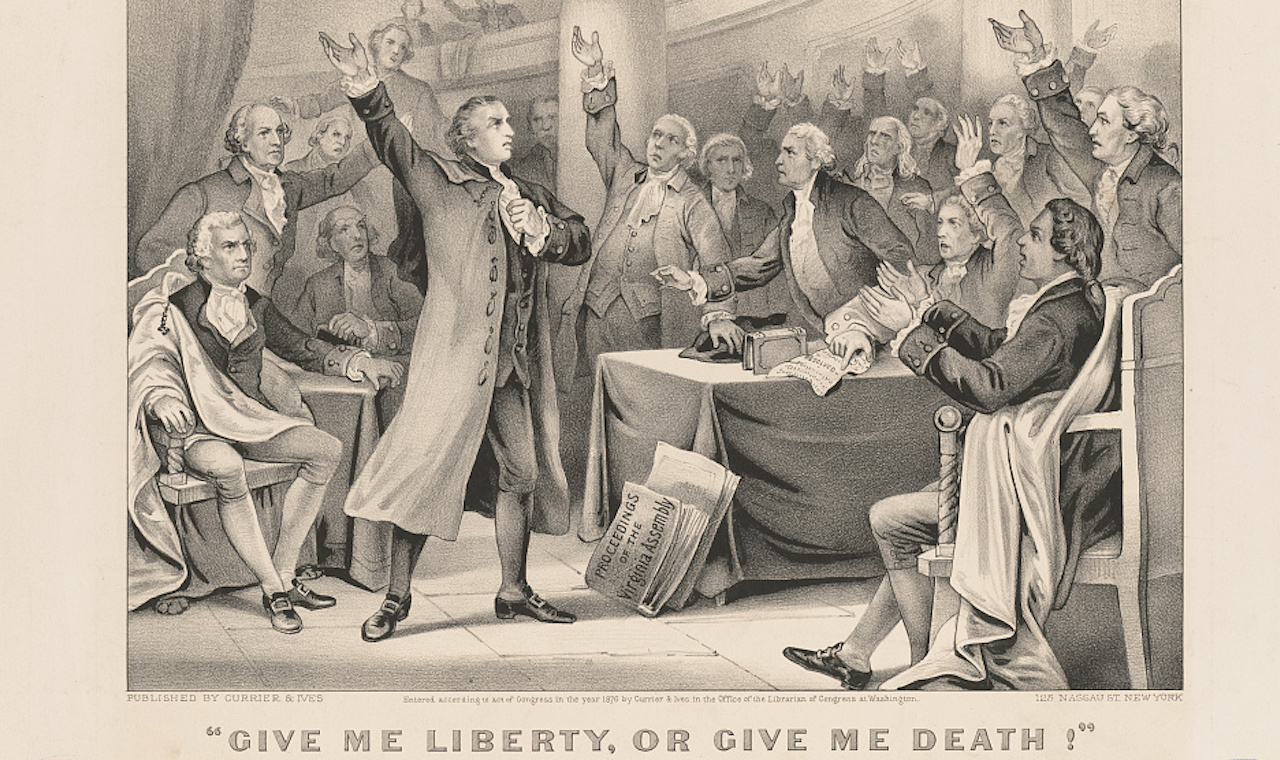 Patrick Henry’s ‘Give Me Liberty, or Give Me Death!’ Speech

On March 23, 1775, Patrick Henry delivered one of the most important and dramatic speeches in American history. As the Virginia convention debated whether to send troops to fight in the Revolutionary War, Henry urged them to do so. “Give me liberty, or give me death!” he demanded, shattering the complacent and evasive mood of his fellow delegates.

In A Son of Thunder, author Henry Mayer describes the climax of the speech:

“What is it that gentlemen wish?” [Henry] taunted as he slumped into an attitude of helplessness, head bowed and wrists crossed as if manacled. “Is life so dear, or peace so sweet, as to be purchased at the price of chains and slavery? Forbid it, Almighty God! . . . But as for me—give me liberty, or give me death!” He had paused, arms flung outward, as the word “liberty” rang out in the hushed sanctuary; then he smote his breast with an imaginary dagger in the perfect embodiment of heroic Roman virtue.1

“Liberty or Death” became a motto of the Revolution. After six years of fighting, during which many Americans suffered death, the vast majority won liberty.

May Henry’s words live on and inspire all who continue fighting for freedom.