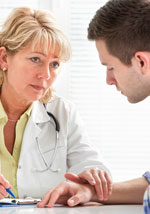 Government to Patients: “We Feel Pain Is Best for You” 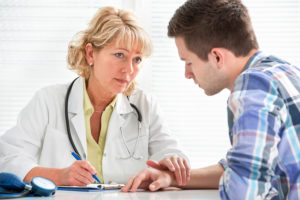 As anyone who has a severe illness such as advanced cancer (or who has a loved one with such an illness) realizes, effective pain management in such cases is crucial. It can mean the difference between a life worth living and an existence of constant, excruciating pain.

Individuals’ lives and bodies belong to them, not to the government. Individuals have a moral right to seek out and use the drugs of their choice for pain management (and for any other purpose), and politicians and bureaucrats are morally wrong—indeed, they are detestable—when they violate those rights.

In the name of “saving” people from drugs the government deems dangerous, government outright bans some drugs, and it severely limits access to others. But government’s proper role is to protect people’s rights, not to try to save people from choices the government deems to be “wrong.” One of the costs of government violating rights in this area is that some people with severe illnesses are unable or less able to acquire the drugs they need to most effectively manage their pain.

Consider the marijuana laws. According to the National Conference of State Legislatures, “A total of 23 states and the District of Columbia now allow for comprehensive public medical marijuana and cannabis programs.” That means that people in twenty-seven states are unable to legally seek medical marijuana, so patients in those states either must use standard prescription drugs, including opioids (themselves tightly regulated); buy their marijuana illegally; or suffer in unmitigated pain.

Most state governments outlaw medical marijuana despite the fact that the drug can be safer and more effective than common alternatives for some patients. New research published by the Journal of the American Medical Association (JAMA) suggests that medical marijuana may be safer for some patients than are opioids; a commentary in JAMA states that, as indicated by statistical analyses drawn from twelve years of data, in states with legal medical marijuana, "opioid analgesic mortality declined steadily based on years since medical marijuana laws were enacted." (See also related articles from Newsweek and from Freedom and Individual Rights in Medicine).

This is an interesting finding, but ultimately an individual has a moral right to seek whatever drugs he deems best for himself, even if consuming the drugs entails certain risks or side-effects. It is properly up to a patient, not the government, to weigh the benefits and risks of taking a given drug or combination of drugs. Many patients rationally accept certain risks in order to effectively manage their pain, and each patients should be free to seek whatever combination of opioids, marijuana, or other drugs he thinks will work—without government standing in his way and effectively saying, “No, we feel that pain is better for you.”

View all articles by Ari Armstrong →
Why Use the Word “Selfishness”?Contra Colorado Pastor, Sex Among Older Teens Can Be Moral and Healthy
Return to Top