Get Government Out of Beer - The Objective Standard
Politics & Rights

Get Government Out of Beer 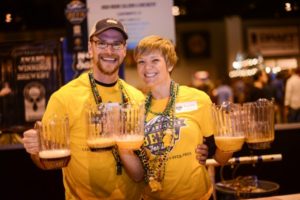 Thomas Jefferson must be drinking in his grave.

I recently mentioned the TTB as a random example of a government agency that obviously violates rather than protects rights and that therefore should be eliminated. A USA Today article offers additional information in support of that conclusion:

The federal government shutdown is giving some folks one more reason to cry in their beers: An obscure but powerful arm of the Treasury Department has stopped approving new brews.

All new beers that get bottled or canned to be sold across state lines must be approved by the Alcohol and Tobacco Tax and Trade Bureau. . . . Federal workers must approve the label, as well as the recipe if it uses non-traditional ingredients, which many seasonal beers contain.

While the TTB [has] stopped approving new recipes and labels, workers there are still collecting brewery taxes.

And, as the Associated Press reports, the TTB also stops new breweries from opening until they gain TTB approval, and it has stopped granting such approval.

In other words, today’s regulatory situation is so bad that when the government partially “shuts down,” it violates rights more severely than when it is fully operational.

What should be shut down is not the TTB’s approval process, but the TTB itself—so that brewers can sell whatever beers they want to sell to whoever wants to buy them.

Although getting government out of our beer is just one small part of achieving a properly limited government, it would be a refreshing achievement worthy of a toast.

View all posts by Ari Armstrong →
In Attacking Malala Yousafzai, Taliban Assault the MindCraig Zucker Has the Balls to Fight Government Abuse
Return to Top