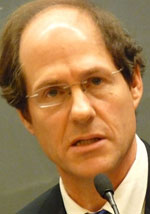 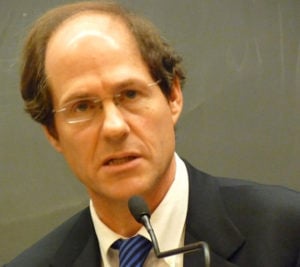 In a recent article for Bloomberg, Cass Sunstein—the law professor famous for advising governments to “nudge” people (i.e., violate their rights)—explains the apparent success the Chinese government has had in indoctrinating high school students. He writes:

New research, from Davide Cantoni of the University of Munich and several co-authors, shows that recent curricular reforms in China, explicitly designed to transform students’ political views, have mostly worked. . . . Starting in 2001, China decided to engage in a nationwide reform of its curriculum, including significant changes in the textbooks used by students in grades 10, 11 and 12. In that year, China’s Ministry of Education stated that education should “form in students a correct worldview, a correct view on life, and a correct value system.”

According to Sunstein, although the Chinese government was not uniformly successful—for example, it did not effectively persuade students to surrender more of their wealth for the sake of the environment—“the new curriculum greatly affected students’ thinking” in various ways. Sunstein writes that the Chinese government indoctrinated students to view the government as legitimate and democratic and to view free markets with suspicion (among other things). (It is unlikely that the study, based on survey results, adequately distinguishes the effects of the government’s curriculum from those of broader cultural trends. New education curricula generally follow broader cultural trends as much as they help establish them.)

Unsurprisingly, Sunstein does not view such indoctrination with horror; rather, he views it as “an opportunity,” albeit with some caution. He concludes that, even in more “pluralistic” societies such as the United States,

high schools probably have a significant ability to move students toward what they consider “a correct worldview, a correct view on life, and a correct value system.” That’s an opportunity, to be sure, but it is also a warning.

Those who view state indoctrination of students as an “opportunity” will pursue such indoctrination—whether or not they pay lip service to “warnings.” It is interesting to note that Sunstein mentions warnings but never so much as indicates what he means by that. Apparently, to Sunstein, the “opportunities” outweigh to need to be specific about possible dangers.

In a system of state indoctrination, who will tell students which worldview, which view on life, and which value system is “correct?” Of course, it will be the likes of Sunstein—the government’s ministry of “nudgers.”

Sunstein’s nod toward this “opportunity” to indoctrinate American students with his vile ideas is yet one more incremental step by a statist toward ending freedom in America. Lovers of liberty beware.