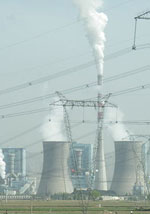 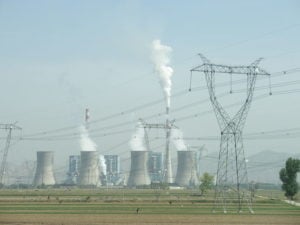 China, which exports more manufactured goods than any other country in the world, consumed more than half of the coal used globally in 2013; and the country obtained over 67 percent of its total energy from coal, according to the BP Statistical Review of World Energy.

Thanks largely to the abundance and affordability of coal, China is the world's largest exporter of telecommunications equipment, electronic data processing equipment, office equipment, textiles, and clothing. China also manufactures over 58 percent of global steel exports—and the steel industry uses enormous quantities of coal. (Ironically, coal-driven China is also a world leader in the export of so-called “green” products such as solar panels and rare earth metals used in solar panels, wind turbines, catalytic converters, battery packs, and the electric motors of hybrid and electric vehicles.)

Coal is fueling the giant producer of Asia and enabling many of China’s 1.3 billion people to overcome crushing poverty. Goods marked “made in China” might as well be marked, “Made possible by coal.” Americans who use and enjoy products made in China—that is, all Americans—should celebrate this life-serving fossil fuel, as it makes such goods possible.