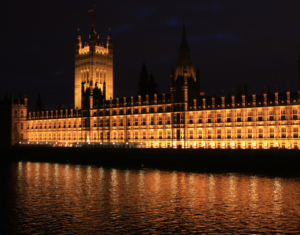 Seeking to rid the nation’s politics of ambiguous language that clouds the true meaning of politicians’ plans and government’s policies, a team of UK government employees has created an official style guide for both internal communications and public statements, reports the Independent.

The goal is to require government officials to use clear, precise terminology so that citizens can understand what exactly their government is saying and doing. As the Independent relays:

Out goes ‘deliver’. Pizzas and post are delivered, it points out, not abstract concepts like ‘improvements’ or ‘priorities’.

Tackling is also banned (unless Sir Humphrey or Terri Coverley are playing rugby or football) while the ‘key’ should always be in the lock.

Overall more than 30 terms of jargon that have crept into Government announcements and policy documents over the years have been placed off-limits.

The message to politicians and government officials is: Be clear and say what you mean.

Whether this directive will have any effect is yet to be seen, but it is good to see the British working to make their government and politicians speak and write understandably and honestly. This is an example that the United States should follow—and that both countries should extend to the formulation and evaluation of laws.

Unclear laws, riddled with non-objective wording, leave citizens in the lurch as to whether a given action is legal or illegal. Antitrust laws, for instance, outlaw “anti-competitive” behavior. What does that mean? No one knows, and no objective definition can be formulated. So how is it enforced? Government bureaucrats and government-paid lawyers decide ad hoc what they feel is “anti-competitive” in a given situation, and they prosecute companies accordingly. The meaning of the law is unclear, so the implementation of the law is arbitrary.

Likewise, insider trading laws forbid the exchange of securities based on “too much” knowledge. What constitutes too much knowledge? This is to be decided after the fact by bureaucrats, lawyers, and courts. Again, the law is unclear, so its enforcement is arbitrary.

Were clarity of meaning a requirement of law, neither antitrust laws nor insider trading laws—nor countless other non-objective laws—would be passed or permitted to remain on the books. (Clarity is, of course, not the only aspect of objective law, but is is a key aspect.)

So, bravo to the Brits for their attempt to require their government to be clear. Perhaps Americans will follow suit and begin cleaning up the muck in U.S. politics.