South Africa Needs Another Revolution, This Time for Individual Rights 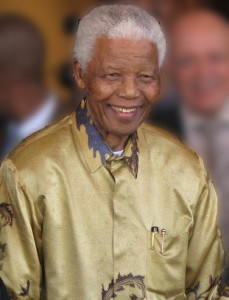 Whatever Nelson Mandela’s substantial flaws—among other things, he was a socialist who befriended dictators—he played an important role in overturning South Africa’s horrifically unjust apartheid system. The History Channel succinctly summarizes the nature of apartheid, which remained in effect until 1994:

By 1950, the government had banned marriages between whites and people of other races, and prohibited sexual relations between black and white South Africans. The Population Registration Act of 1950 provided the basic framework for apartheid by classifying all South Africans by race. . . .

A series of Land Acts set aside more than 80 percent of the country's land for the white minority, and "pass laws" required non-whites to carry documents authorizing their presence in restricted areas. In order to limit contact between the races, the government established separate public facilities for whites and non-whites, limited the activity of nonwhite labor unions and denied non-white participation in national government.

In other words, under apartheid, the South African government massively violated the rights of its citizens, particularly non-whites.

But in post-apartheid South Africa, the government continues to violate people’s rights in myriad ways, and it largely fails to protect people from criminal aggressors.

As the Heritage Foundation reports, government there (among other things) tolerates substantial judicial corruption, confiscates a huge portion of people’ wealth, imposes business-crushing regulations, and sets price controls for some items. (Among the consequences of such policies is an unemployment rate of 25 percent.) Although Heritage ranks the nation “moderately free” as the seventy-fourth freest nation in the world, the South African government continues to substantially violate people’s rights to produce and trade.

Moreover, the South African government does not effectively protect people’s rights. In 2011, the homicide rate in South Africa was 31 per 100,000 population. (By comparison, the rate in the United States was 4.7 per 100,000.) And violent crime there is getting worse, due partly to racist gangs murdering white farmers. (There are even reports of torture by the government.)

The South African government will not consistently protect people’s rights until the South African people demand that it do so. South Africans achieved a moral victory by ending apartheid. Now, to achieve a rights-respecting government, South Africans must pursue a broader moral revolution that upholds the rights of each individual to live his life by his judgment and to produce and trade, free from the violence of government and criminals alike.