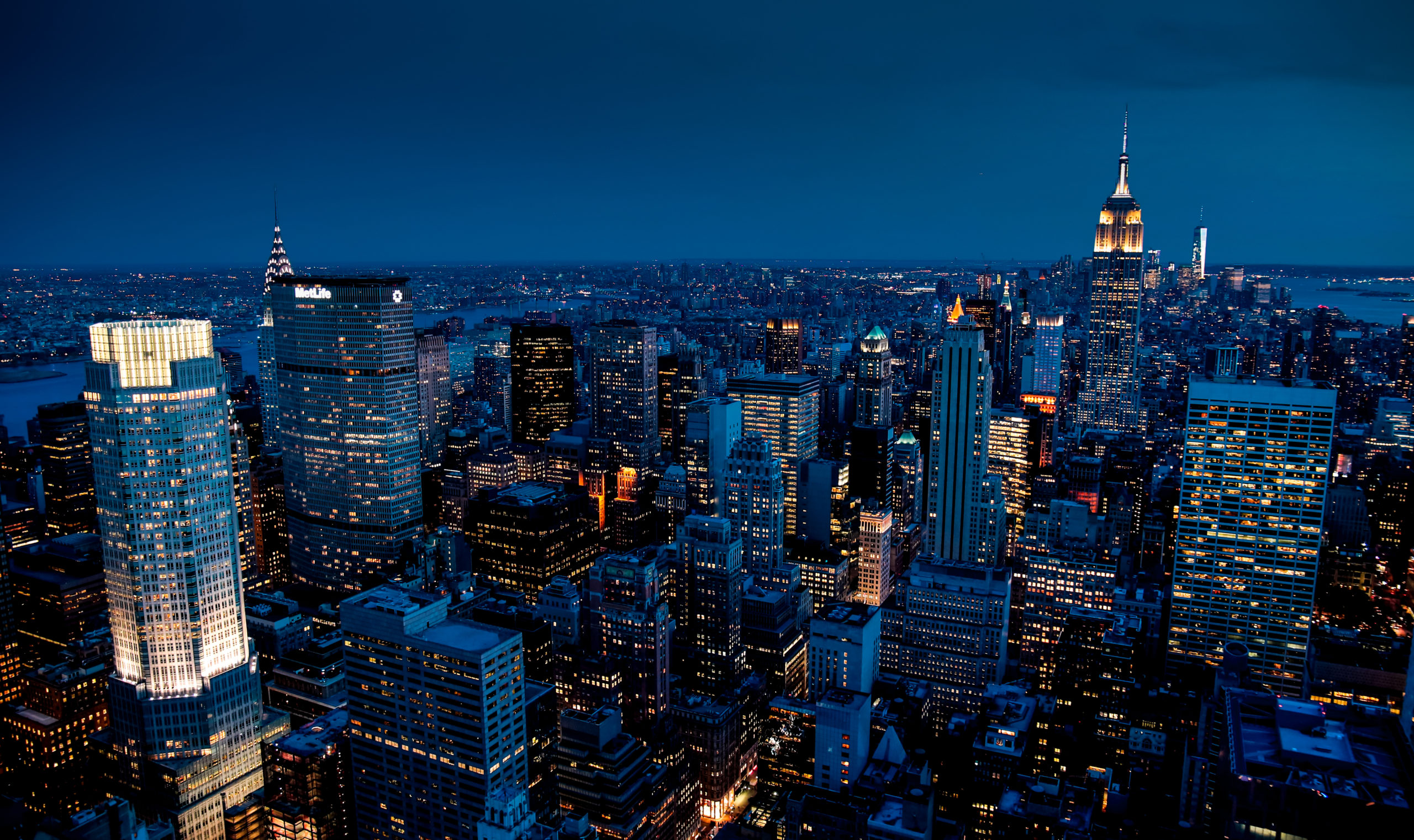 A New Era of Skyscrapers in New York City

After barbarians destroyed the towering, 110-story World Trade Center towers on 9/11, some people wondered whether Americans would continue to regard outstandingly tall buildings as practical and worth the newly-realized risk. American developers are putting that wonder to rest, with a burgeoning new era of skyscrapers in New York City.

A ninety-five-story apartment building under construction at 432 Park Avenue will be, when completed in 2015, the tallest residential building in the Western Hemisphere. The developers, CIM Group and Macklowe Properties, designed the 1,397-foot-tall ultra-luxury building—crowned by an 8,255-square-foot, six-bedroom penthouse—to soar 400 feet higher than today’s tallest residential high-rise in Manhattan, reports to the New York Times.

Extell Development Company will soon complete another of the city’s tallest residential towers at 1,004 feet, or ninety stories, on 57th Street, called One57. Extell is also planning a new luxury tower on 57th that, at 1,400 feet, will surpass the height of 432 Park Avenue, the Times reports. And JDS Development Group and Property Markets Group have proposed an ultra-luxury condominium building to stand in midtown at 1,350 feet.

In an earlier report about these developments, the Wall Street Journal remarked:

Should [the 1,350-foot building] be built, the tower would be the latest entrant in the luxury condo-fueled skyscraper race that is reshaping the Midtown vista and ushering in a new era for skyscrapers in the city. Up until now, the city's skyline has been dominated by office towers that house thousands of workers.

Skyscrapers are quintessentially American architecture. New York’s world-famous skyline—which Ayn Rand described as “the will of man made visible”—embodies the nation’s pioneering and industrious spirit, boldly reaching ever higher.

Kudos to the developers of these new skyscrapers. May their achievements fuel Americans’ souls, enrich their lives, and inspire developers to push ever further into the sky.