Recognition of Property Rights is the Key to Bakken Development 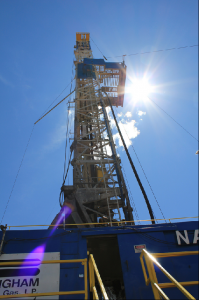 This March, North Dakotans overcame brutal winter storms and produced a record 782,934 barrels of oil per day, a 35 percent increase over production last March. This increase was made possible largely by a 26 percent expansion in the number of wells, with 1,712 wells added over the year.

What enabled this expanded production? In North Dakota, private individuals own the “mineral” rights to these raw materials, so they have a vested interest in making their property more productive. In total, 82 percent of the mineral rights and 89 percent of the surface rights in the state are privately owned.

This May, Lynn Helms, director of the North Dakota Department of Mineral Resources, testified at a congressional committee, “It is this private ownership in a rural setting and the protections afforded private contracts in our state constitution that have made the development of the Bakken possible.”

The result of private ownership is that, since 2007, oil production has increased by 700 percent, real gross domestic product is up 40 percent, and employment within the state has grown by 22 percent.

Unfortunately, most governments around the world fail to recognize private property rights regarding oil (and other raw materials) in the ground. Government-owned entities control 88 percent of the world’s oil reserves. North Dakota offers a rare glimpse of the productive potential possible to people with private mineral and property rights.

Left free, North Dakotans have chosen to be highly productive. Might there be a lesson here?

View all articles by David Biederman →
Letter to the Editor
Zach Sobiech, Victim of Cancer, Lover of LifeDesigners Use 3D Printing for Beautiful Prosthetics and Space Food
Return to Top