Committee for Justice Fights for Free Speech via Property Rights 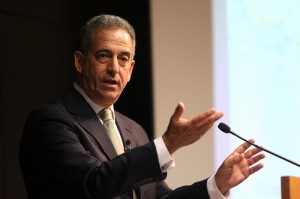 “The right to life is the source of all rights—and the right to property is their only implementation. Without property rights, no other rights are possible.” Ayn Rand pointed out this fact in her 1963 essay, “Man’s Rights,” and it is increasingly obvious regarding the relationship of speech to property. Congress has infringed people’s right to free speech by infringing their right to property—such is the essence of the campaign finance laws.

This week, the Committee for Justice filed an amicus curiae brief in McCutcheon v. FEC, the next big campaign finance case before the U.S. Supreme Court. CFJ’s brief supports the Republican National Committee and individual plaintiff Shaun McCutcheon in their First Amendment challenge to the aggregate contribution limits imposed by McCain-Feingold. The Supreme Court will hear arguments in the case this fall. . . .

Let’s hope the Supreme Court will recognize to a greater degree people’s right to use their wealth and resources as they see fit—including in speech and in political advocacy.

Kudos to CFJ for taking up this important matter and for defending the right to free speech and the right to property on which it depends.

View all articles by Ari Armstrong →
Review: The Truth about Gun Control, by David B. KopelApple’s Tax Avoidance Justifies Moral Outrage—Toward Those Harassing and Smearing Apple
Return to Top