Livestream of D’Souza–Bernstein Debate on Christianity

The Livestream option for viewing the debate between Dinesh D’Souza and Andrew Bernstein—Christianity: Good or Bad for Mankind?—is now available for purchase. 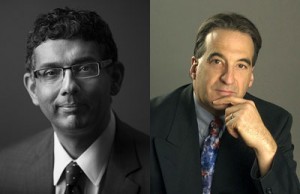 This event, which will be held on February 8 at 7:00 PM CST in Austin, TX, will be the first time a major religious intellectual has debated a major Objectivist intellectual. Never before has a theist of D’Souza’s stature grappled with a philosopher espousing a secular, observation-based, absolute morality—and never before has an Objectivist of Bernstein’s caliber grappled with a Christian as knowledgeable as D’Souza is about philosophy.

Religion vs. Objectivism is the battle for the future of the West, and this debate will put the central issues on the table for all to see.

Please help spread the word about it by inviting your friends to attend either live in Austin or via Livestream on the Web.