Piers Morgan May Not Recognize Rights, but He Has Them - The Objective Standard
Politics & Rights

Piers Morgan May Not Recognize Rights, but He Has Them 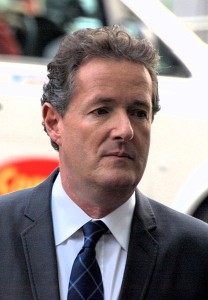 Piers Morgan is a citizen of the United Kingdom currently working in the United States on a green card as a CNN television host. After Morgan advocated stricter gun laws and called Larry Pratt of Gun Owners of America “an unbelievably stupid man,” more than 44,000 Americans signed petitions calling for the Obama administration to deport him, reports USA Today.

As Craig Biddle summarizes in his article “Immigration and Individual Rights,” the legal “prohibition [on immigration] . . . is un-American and immoral. The basic principle of America—the principle of individual rights—demands a policy of open immigration.” Read Biddle’s entire essay for the reasons supporting this position.

To paraphrase Voltaire, I may not like what Morgan says, and I may not like him living here, but I will defend his right to speak his mind and live where he chooses.