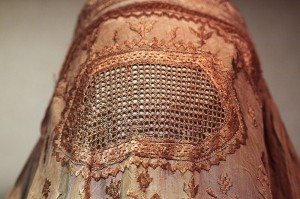 Following the Islamist murders of Americans at the embassy in Libya last Tuesday, Islamists continue rioting in Libya, Yemen, and Egypt—on the absurd pretext that an amateurish film hurt their feelings by offending “Allah.” But the recent murderous violence is only the most visible and outrageous manifestation of a much larger pattern: Islamists embrace universal rights violations.

Consider a couple of other recent headlines illustrating the problem. The International Business Times reports:

Hundreds of girls below the age of 10 are forced into marriage in Iran every year—and the trend is experiencing a dramatic increase. . . . These alarming figures were accompanied by an official statement from the Iranian parliament's legal affairs committee that the Islamic Republic will push to lower the legal marriage for girls to 9 (before they even reach puberty) from the current 13.

And Fox quotes Tiffany Barrans of the American Center for Law and Justice:

Iran has amped up its systematic persecution of Christians over the last year, closing churches, burning Bibles, imprisoning believers, and using threats and intimidations tactics to suppress religious expression.

Those who wish to find additional examples may turn to the international news section on any given day, or investigate human-rights abuses in Libya, Egypt, or Yemen.

Americans should not be surprised that a culture that embraces such atrocities as child rape, homosexual hanging, and the persecution of religious minorities would resort to the murder of Americans over an “offensive” internet video. Islamists embrace a barbaric ideology; they act accordingly.