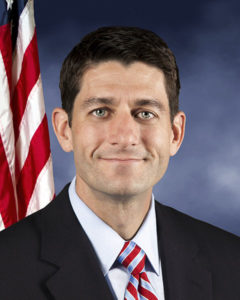 Presumptive GOP nominee Mitt Romney has just selected Wisconsin Congressman Paul Ryan as his vice-presidential nominee. Although we'll undoubtedly hear much more about Ryan in the next few days, I'd like to offer some early thoughts on how Ryan's selection will and will not change the 2012 political debate.

On the plus side, Ryan is regarded by many on both sides of the aisle as an intellectual. Hence, his selection may keep the upcoming campaign more focused on core issues such as the budget, tax policy, and the proper functions of government, rather than trivial issues such as whether a candidate ate dog meat.

On the minus side, Ryan also supports much of the status quo. Two years ago, he co-authored a Wall Street Journal op-ed with Arthur Brooks declaring, "[T]he state has legitimate—and critical—functions, from rectifying market failures to securing some minimum standard of living."

This is a sentiment one might expect from a liberal pundit like Paul Krugman, not a Congressman who reportedly used to require his staff members to read Ayn Rand.

(Arthur Brooks is the head of the American Enterprise Institute think tank, and has written a new book purporting to be a "moral defense of free enterprise".)

Today's Wall Street Journal also noted that Ryan supported the TARP bank bailouts as well as the Bush-era expansion of Medicare drug benefits (one of the largest expansion of government health care in American history.)

Now that Paul Ryan is in the national spotlight in a new way, he may choose to affirm, or repudiate, his earlier positions on the proper functions of government. Either way, his ideas will be getting a lot more scrutiny, and properly so.

It's understandable that some advocates of limited government and free markets may chose to support the Romney/Ryan ticket on the grounds that they might be less bad than Obama.

But if they do, they should know what they are getting. And they should not think that Paul Ryan is more of a free-market advocate than he actually is.