Why I’m a Free-Market Liberal 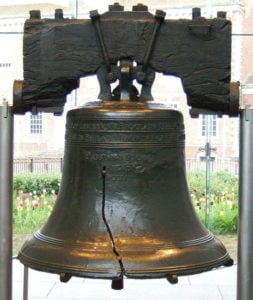 Years ago I spoke with a woman from Argentina who described herself as a “liberal,” by which she meant an advocate of free markets and economic liberty. She impressed upon me the difference between the classical liberal tradition and the modern American corruption of “liberalism,” which is taken to mean advocacy of unlimited government interfering in every aspect of our lives.

It is time to take back the term “liberal.” The concept, which logically refers to an advocate of liberty, belongs to those of us who advocate individual rights and a government limited to that purpose.

There is no contradiction between being on the right and being a liberal in the legitimate sense of the term. Though I long resisted identifying myself as on “the right,” Craig Biddle persuaded me that it makes sense to claim the right exclusively for advocates of liberty. He summarizes his case this way:

We who advocate freedom . . . should claim the political right as our own. And we should let conservatives who advocate any kind or degree of rights violations know that their proper place on the political spectrum is somewhere in the mushy, unprincipled middle with their modern “liberal” brethren.

Those on the right, then, advocate individual rights—they advocate liberty properly conceived—they are liberals in the only legitimate sense of the term. (Notice that Biddle uses scare quotes to indicate that modern “liberals” don’t actually advocate liberty.)

My use of liberalism comports with the usage of economists such as Milton Friedman and Ludwig von Mises. Friedman said, “I call myself a liberal in the true sense of liberal, in the sense in which it means of and pertaining to freedom.” And Mises wrote in his book, Liberalism:

The greatness of the period between the Napoleonic Wars and the first World War consisted precisely in the fact that the social ideal after the realization of which the most eminent men were striving was free trade in a peaceful world of free nations. It was an age of unprecedented improvement in the standard of living for a rapidly increasing population. It was the age of liberalism. Today the tenets of this nineteenth-century philosophy of liberalism are almost forgotten.

It is time to remember.

Because the term “liberal” has been so corrupted by today’s so-called “liberals”—who are, in fact, anti-liberal in nearly every respect—I modify the term to “free-market liberal.” Although liberalism properly conceived implies advocacy of a fully free market—a market in which government protects the rights of everyone to act free from force and thus to engage in voluntary association—I can live with the redundancy of the term, “free-market liberal.” I also merrily wear the banner “classical liberal,” “rightist,” or the like.

There is nothing “liberal” (or “progressive” for that matter) about the left’s program for an unlimited government that taxes our every minute of work and interferes with our every productive effort and transaction.

The term liberalism logically belongs to those who advocate liberty. Let us reclaim it.