A Few Words for Hugh Jackman from Richard Feynman 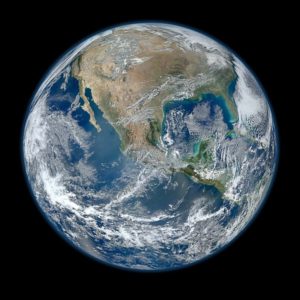 “The natural law,” says Hugh Jackman, “is that we should all have equal access, equal opportunity with the planet, but it seems the way we’ve divided it up politically or economically, that is not the case.”

It certainly is not the case that everyone has equal access or equal opportunity to the planet, or to the countless materials within it, or to the wealth that some have produced by mixing those materials with reason. Contrary to Jackman’s claim, however, this is not contrary to natural law; rather it is an instance of it.

Gold, diamonds, potash, and zinc are not located evenly across the globe. Beaches with palm trees are not everywhere, nor are mountains with spectacular views, or land good for farming, or lakes brimming with fish. The geography, geology, and raw materials of the earth vary from place to place. This is how the world is, and people have to deal with it as it is. That’s part of natural law: things are what they are and must act in accordance with their identities.

One consequence of natural law is that there can be no such thing as equal access to the earth or the things in, on, or around it. Animals with wings have disproportionate access to the sky; those living underwater have unparalleled access to ocean, lakes, and the like; and those able to hibernate get to sleep a lot more than others.

This is as true for people as it is for animals. People in Africa have access to ivory and diamonds. Those in Alaska have access to salmon and snow. Wherever one is on the globe, one has access to the materials that are there but not to those that are not.

All of this is in accordance with natural law. And if Jackman and company can’t understand it or don’t like it, they should heed the advice of Richard Feynman: