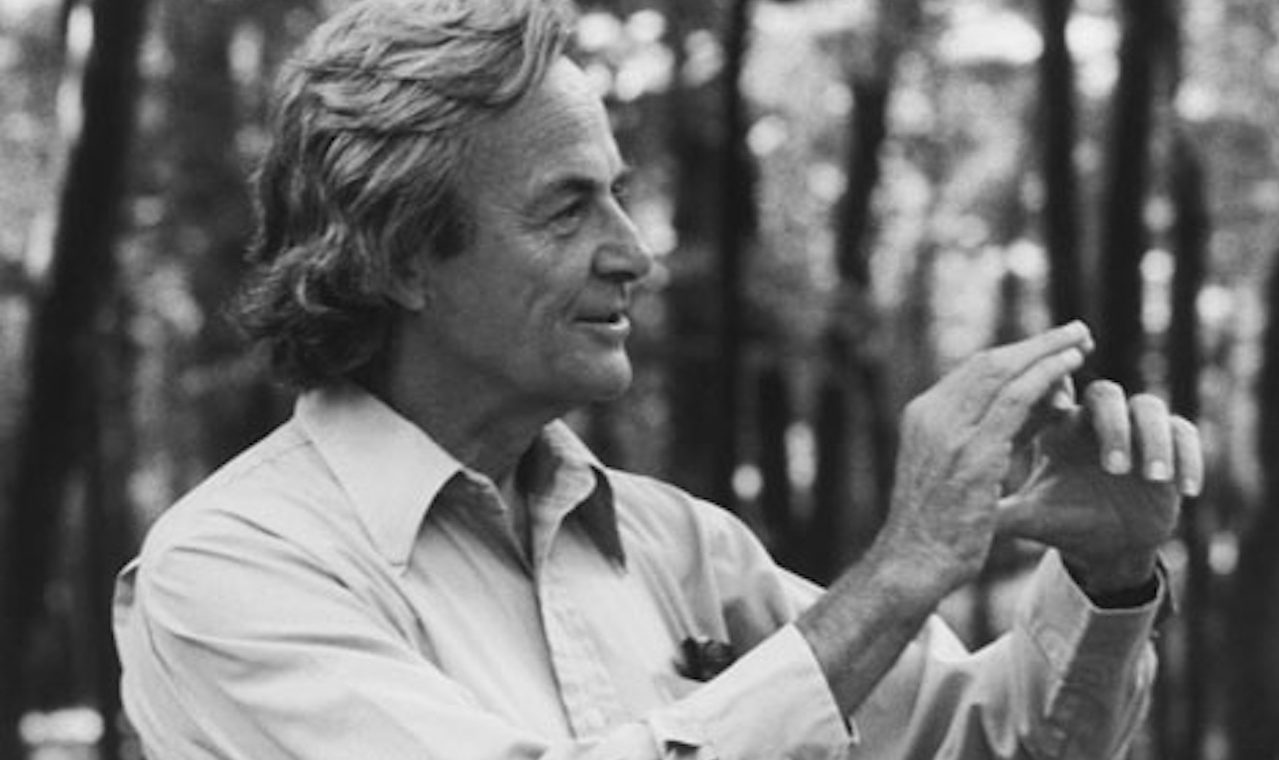 The Curious Life of Richard Feynman

Twelve-year-old Richard Feynman’s room was a mess. Old, broken radios were scattered across the floor; spark plugs and electronic gizmos overflowed from a big wooden box; a well-worn microscope protruded from a tabletop covered with specimens and slides; and a book titled Trigonometry for the Practical Man lay open on the bed.

Richard navigated through the chaos of his room, walked out the door, down the hall, and into his three-year-old sister Joan’s room. He woke her, saying he wanted to show her something wonderful. They left the house and walked through the streets of Far Rockaway holding hands. When they reached a golf course, far away from the city lights, Richard stopped and said, “Look up.”1 There, in the sky above them, shone the aurora borealis, a beautiful green curtain of light caused, as Richard explained, by excited nitrogen atoms colliding with one another and emitting photons.2 Few twelve year olds knew this phenomenon was taking place; far fewer knew how. But Richard was not an average boy.

Richard was the kid who presented a book report about a tale of mystery and adventure while delaying the revelation that he was talking about a math text.3 He was the kid who earned the curious title “the boy who fixes radios by thinking.”4 He was the boy who, in high school, won math competitions by circling his answers mere moments after the questions were asked.5

Richard read voraciously on any subject that interested him, amassing, integrating, and applying an ever-expanding wealth of knowledge. When his friend Arline told him that she was studying the works of Descartes in her philosophy class and that Descartes had proved the existence of God, Richard replied, “Impossible!” After examining Descartes’ argument, Richard confirmed his initial conclusion: “It’s a bunch of baloney.” When Arline said, “Well, I guess it’s okay to take the other side. My teacher keeps telling us, ‘There are two sides to every question, just like there are two sides to every piece of paper’”—Richard excitedly shot back: “There are two sides to that, too.” He grabbed a strip of paper, gave it a half-twist, connected the two ends, and handed her a one-sided piece of paper known as a Möbius strip (named after its discoverer, August Ferdinand Möbius). The next time her teacher repeated the cliché, Arline held up her own Möbius strip and said, “Sir, there are even two sides to that question: There’s paper with only one side!”6 . . .

View all articles by Daniel Wahl →
Letter to the Editor
The British Industrial Revolution: A Tribute to Freedom and Human PotentialHerman Boerhaave: The Nearly Forgotten Father of Modern Medicine