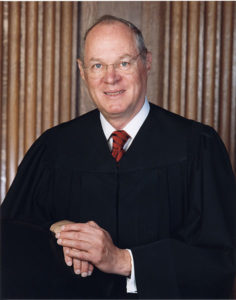 Although the left is apoplectic that the Supreme Court tossed out a Montana law limiting corporate speech, the Court was right to do so.

Steve Simpson, a senior attorney with the Institute for Justice, addresses a wide range of issues surrounding freedom of speech in his recent interview for The Objective Standard, including the topic of why the First Amendment properly protects the freedom of speech of corporations.

Among the errors of those who wish to forcibly restrict corporate speech, Simpson explains, is that they confuse the power to persuade with “the power to compel.” He writes, “If you think spending money in voluntary transactions amounts to force, then you are going to want to control that spending.”

Another error is that many on the left refuse to acknowledge that corporations “are groups of people,” and individuals don’t lose their rights by virtue of voluntarily joining an association.

Simpson argues that the core of the issue is that leftists are now attempting to restrict free speech in a vain attempt to “solve” the problem of out-of-control government:

Modern government is a political spoils system in which citizens often elect representatives for the express purpose of redistributing wealth, regulating business, restricting property rights, and doling out costs and benefits to various interest groups. . . .

There’s no legitimate way to take one person’s wealth or property and give it to others, or to prevent him from pursuing legitimate business or associating with whomever he pleases. I think the proponents of unlimited government recognize this on some level and look for ways to make the exercise of that power seem legitimate. They have no problem with a government that possesses almost unlimited power, but they view it as unseemly when people try to use that power for their own benefit. So they try to limit the influence of certain groups or require disclosure of their political activities and the like. . . .

We can certainly lament that government has this power and judge some efforts to influence government to be immoral, but we should place the blame where it deserves to be placed—on unlimited government and those who advocate it. It is bad enough to have a government with as much power over our wealth, property, and business as ours currently possesses. It would be far worse to give that government the power to control our ability to influence it as well.

As Simpson notes, many businesses engage in lobbying not in an effort to gain special favors, but to protect themselves from government abuses.

We should “stand up for the courts when they do the right thing,” says Simpson. With its recent ruling on free speech, the Supreme Court did the right thing, and for that the majority of justices deserve our gratitude.