Noteworthy news and views from the week ending May 12, 2012 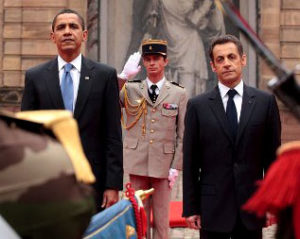 Yesterday I wrote about the so-called “austerity” measures of France and other European nations, measures that have failed to significantly reduce government spending or curb government intervention in the economy. But much more can be said about the French government’s destructive economic interference. For example, Gregory Viscusi and Mark Deen write for Businessweek:

[France] has 2.4 times as many companies with 49 employees as with 50. What difference does one employee make? Plenty, according to the French labor code. Once a company has at least 50 employees inside France, management must create three worker councils, introduce profit sharing, and submit restructuring plans to the councils if the company decides to fire workers for economic reasons.

France’s economic problems result not from nonexistent “austerity,” but from the government violating the rights of citizens, including their rights to act and do business in accordance with their own judgment.

Viscusi and Deen conclude with the understatement of the week: “With 2.9 million people out of work—the worst joblessness in 12 years—France may need to overhaul its rigid labor laws.”

The Independent notes that François Hollande, France’s new Socialist president, “styles himself as a ‘social democrat’ and not as any kind of revolutionary.” Nevertheless,

The 57-year-old Socialist has openly admitted that he "does not like the rich" and declared that "my real enemy is the world of finance". This means taxing the wealthy by up to 75 per cent, curtailing the activities of Paris as a centre for financial dealing, and ploughing millions into creating more civil service jobs.

Nothing revolutionary about that—unless one recalls the socialist revolutions throughout history that were motivated by that very same hatred of the rich and that committed mass slaughter to achieve their goals.

A Tipping Point for Gay Marriage?

Despite the fact that a majority of North Carolina voters banned gay marriage this past week, the nation may have reached a tipping point in favor of gay marriage. Consider some of the signs.

In the past three years, support for gay marriage has grown from 40 to 50 percent of the population, reports Gallup. Whereas most Colorado voters opposed gay marriage in 2006, this year many expressed outrage when the state’s Republican legislators killed a civil union bill. Consequently, Colorado’s governor has called a special legislative session to reconsider the measure.

And, of course, this week, President Obama made history as the first U.S. president ever to endorse gay marriage, saying, “I think same sex couples should be able to get married.”

Given who said this, why he says anything, and when he said it, thinking Americans are seeing Obama’s endorsement for exactly what it is: political expediency. As Radley Balko writes,

It’s a position he has allegedly held all along, but didn’t have the political spine to state publicly prior to this afternoon. Even then, he only made his statement after carefully strategizing with his aides to make sure it wouldn’t damage him politically.

Unfortunately, many Republicans, now led by Mitt Romney, continue their Bible-thumping bigotry against homosexuals and seek to forbid them the right to marry. 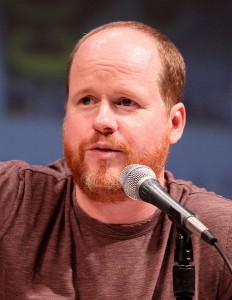 Joss Whedon’s fabulous science-fiction television show Firefly was canceled after only fourteen episodes, and the follow-up feature film Serenity, while a critical success, didn’t earn much.

Now, however, Whedon is king of the box office. His superhero Avengers film broke opening-weekend records, earning more than $200 million in the domestic market.

While constrained by a preestablished premise and general storyline, Whedon crafted a moving (and often humorous) screenplay. In one particularly poignant scene, the villain demands than a crowd kneel before him. One elderly man refuses to kneel, saying he saw what happened last time a ruler demanded such submission.

The release of the Avengers film generated a couple of interesting political discussions.

First, Mark Ruffalo, who played Bruce Banner (a.k.a. the Hulk) in the movie, wrongly suggested that hydraulic fracturing (“fracking”) in energy production poisons people’s wells. Alex Epstein of the Center for Industrial Progress responded with an open letter to Ruffalo that begins, “As an energy researcher I am disappointed that you are using the media attention over your new Avengers movie to attack ‘fracking.’” Epstein invites Ruffalo to an educational seminar so he could “be an avenger for fracking.”

Second, someone has calculated that the destruction of New York shown in the Avengers film would cost some $160 billion in real life. For Keynesian “economists,” this kind of destruction is just what we need to get the economy back on track. Sarcasm? Hyperbole? Hardly. Last year Paul Krugman suggested that an alien invasion would “stimulate” economic growth by necessitating spending on a military buildup.

Thank goodness we don’t live in China, where government officials have detained family members of activist Chen Guangcheng. Here in America, the Obama administration and its allies merely conduct “opposition research” against those who contribute to Obama’s political opponents (specifically Mitt Romney), then lead public smear campaigns against them. The Wall Street Journal carries the latest developments on this front.

Maurice Sendak, author of Where the Wild Things Are, died May 8. Far more notable than his death, however, is how he lived. Consider comments he made during an NPR interview last year (as transcribed by Poker Grump):

I'm not unhappy about becoming old. I'm not unhappy about what must be. . . . [T]here's something I'm finding out as I'm aging: that I am in love with the world. And I look right now, as we speak together, out my window in my studio, and I see my trees, my beautiful, beautiful maples that are hundreds of years old. They're beautiful, and I can see how beautiful they are. . . . Oh, God, there are so many beautiful things in the world which I will have to leave when I die! But I'm ready. . . . I wish you all good things. Live your life. Live your life. Live your life.

The Call to End Occupational Licensing

This past week, the Institute for Justice released a new study, “License to Work: A National Study of Burdens from Occupational Licensing.” It “documents the license requirements for 102 low- and moderate-income occupations—such as barber, massage therapist and preschool teacher—across all 50 states and the District of Columbia.”

This is an important report that deserves the media spotlight, because, as Michael LaFerrara discusses in a recent TOS blog post, such licensing violates individual rights, increases the costs of doing business, restricts entry into targeted industries, and gives politicians more control over producers.

Another Producer Leaves U.S. Due to Tax Code that Punishes Success

“Eduardo Saverin, the billionaire co- founder of Facebook . . . renounced his U.S. citizenship” to reduce his tax liability, Bloomberg reports. He is just the latest successful American entrepreneur to flee the oppressive and grossly unjust U.S. tax code, which penalizes producers for producing.