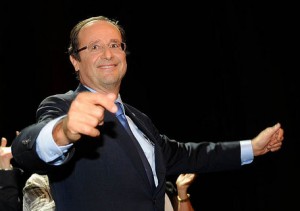 Both are reactions to the increasingly discredited—or at the very least disliked—austerity policies that have been put in place to fix the euro-zone crisis. That hasn’t happened yet—countries like Italy and Spain are in recession and nations like Greece are in worse straits. In fact, the one thing we know austerity causes is the end of political careers. [France’s so-called conservative] Nicolas Sarkozy [who lost to Hollande] could tell you that.

Walsh’s remarks (and comparable commentaries by others) contain so many fallacies it’s difficult to know where to begin.

Even if some European nations slightly reduced their massive government spending in the name of “austerity,” such measures can hardly be expected to result in economic recoveries, let alone quick ones. By analogy, a man who goes on a “diet” by reducing his daily intake of Twinkies from 100 to 95 should not expect to transform into a model of health.

But the notion that any European nation significantly reduced government spending or controls over the economy is laughable. Responding to the anti-austerity rants of Paul Krugman and Eugene Robinson, the Cato Institute’s Michael Tanner points out that, far from cutting spending, Portugal went on a “massive Keynesian spending” spree. Tanner notes that “the average EU government consumes more than half of a country’s GDP,” and in “France . . . the so-called austerity largely consisted of raising taxes.”

France and the U.K. have not cut spending. . . . [W]hen spending was actually reduced—between 2009-2011 in Greece, Italy, and Spain—the cuts were relatively small compared to the size of their bloated European budgets. While Italy reduced spending between 2009-2010, it also increased spending in the following year by an amount larger than the previous reduction. Most importantly, meaningful structural reforms were seldom implemented. Whenever cuts took place, they were always overwhelmed with large counterproductive tax increases.

This so-called balanced approach—some spending cuts for large tax increases—has been proven to be a recipe for disaster by economists. It fails to stabilize the debt, and it is more likely to cause economic contractions.

Dan Mitchell and Russ Roberts make the same basic case, and Mitchell points out that Sarkozy was no free-market advocate, but rather a tax-hiking statist. The Wall Street Journal makes a similar point about Sarkozy, though its writers predict that, under the likely worse policies of Hollande, there will be “another wave of French tax migrants to London.”

What Europe needs—and what America needs—is not fake “austerity” but radical cuts in government spending, radical reductions in regulations, a radical turn toward protection of property rights and the establishment of economic liberty.