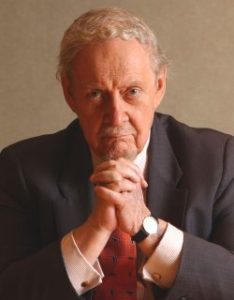 Timothy Sandefur, an attorney with the pro-liberty Pacific Legal Foundation, argues on his personal blog that the next president’s ability to select judges is not sufficient reason to support Mitt Romney:

Romney is turning for advice on the judiciary [to] none other than Robert Bork, an intellectually dishonest anti-moral authoritarian with no respect for individual rights and little for the Constitution; the single worst influence on conservative legal thought in a generation.

The information about Bork’s relationship to Romney comes originally from a Legal Times report, which notes that Bork joined Romney's "Justice Advisory Committee" as one of three co-chairs.

Sandefur argues against Bork's views in more detail in his book, The Right to Earn a Living (reviewed in The Objective Standard):

Bork’s belief in the virtually unlimited power of the majority reaches such an extreme that he even criticizes Oliver Wendell Holmes for not being majoritarian enough. In his view, whatever a majority decides to outlaw (or to permit) may be outlawed (or permitted) with no apparent limits whatsoever: “Moral outrage is a sufficient ground for prohibitory legislation.” The foundation for his belief in the primacy of government over the individual is his “view of morality” according to which no person may “act on the principle that ‘a person belongs to himself and not to others.'" In other words, individuals exist for the sake of society, and while society may accord them certain privileges, they have no inherent rights . . .

(For more on the nature of rights, see Craig Biddle’s article “Ayn Rand's Theory of Rights,” as well as a follow-up discussion between Biddle and Sandefur.)

I am not persuaded that Romney's judicial appointments would necessarily be substantially influenced by Bork's advice. Still, Sandefur raises a much-needed alarm about this possible problem with a Romney presidency.

View all articles by Ari Armstrong →
Adventures in Flight and Science, Good News AboundsInstitute for Justice Fights Theft by Police
Return to Top