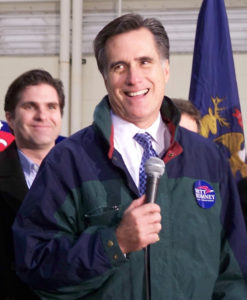 Thus, far from getting off easy on his taxes, Mitt Romney suffers unjust double taxation. John Berlau and Trey Kovacs explain this important context in an article for the Wall Street Journal. They write, “Our tax code layers taxation of dividends and capital gains on top of a top corporate tax rate of 35%,” and such “double taxation brings the effective tax rate on investment income to as much as 44.75%.”

At least Romney wants to limit the corporate income tax rate to 25 percent. But he should go much further and call for the abolition of all corporate taxes with a commensurate cut in federal spending. Not only would that end this injustice of double taxation, it would protect the rights of corporations to use their resources to create wealth, profits, and employment.

Romney’s critics are right about one thing: It is grotesquely unfair to tax individuals who earn less an even greater proportion of their income. Thus, as a good first step tax rates for all individuals should be reduced to 15 percent or less. Forcing some people to hand over a third or more of their earnings to the politicians and bureaucrats of the federal government is a blatant violation of their rights.

View all articles by Ari Armstrong →
To Give Americans a “Fair Shot,” Obama Should Stop Violating Our RightsMitch Daniels: Business is “One of the Noblest of Human Pursuits”
Return to Top