Is the Next Era of “Big Stuff” Upon Us? 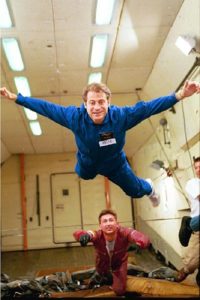 Where has all the innovation gone?

Although Facebook now has nearly a billion users, and most of us now have pocket computers with instant access to a world of information, in the last few decades innovation has, in significant ways, slowed to a crawl.

In a recent talk, “On Getting Big Stuff Done,” science-fiction writer Neal Stephenson worries about “our society’s inability to execute on big stuff.” Whereas “in the first two-thirds of the 20th century, we went from not believing that heavier-than-air flight was possible, to walking on the moon,” since then, he notes, technology has not progressed as dramatically.

Andrew Bernstein’s book Capitalism Unbound, which, among other things, praises late-19th and early 20th-century capitalism (which he calls the “Inventive Period”), supports Stephenson’s case that major innovations during that period advanced at unprecedented rates. Writes Bernstein:

Americans of this period invented the telegraph, the reaper, and the sewing machine. They created skyscrapers, perfected the suspension bridge, invented the camera, the phonograph, the electric light, the motion picture projector, and, early in the 20th century, the television. Innovative Americans revolutionized transportation by commercializing the automobile and inventing the airplane—and wrought sweeping advance in communication by inventing the telephone. They created vast industries in steel and oil and constructed a transcontinental railroad. In manufacturing, they developed a method of assembly line production that brought modern inventions to millions.

Stephenson has become involved with the Hieroglyph Project, the purpose of which is encourage people to embrace and implement big ideas. Stephenson describes the project this way:

Good [science-fiction] supplies a plausible, fully thought-out picture of an alternate reality in which some sort of compelling innovation has taken place. It has a coherence and internal logic that makes sense to a scientist or engineer, and provides them with a template that they and their colleagues can use to organize their work. Examples include Asimovian robots, Heinleinian rocket ships, Clarke towers, and Gibsonian cyberspace. As Jim Karkanias of Microsoft Research put it, . . . such icons serve as hieroglyphs—simple, recognizable symbols on the significance of which everyone agrees.

As Technology Review reports, Stephenson is himself writing a story “about a 20 kilometer high tower for launching spacecraft into orbit”—a tower that was described in a 2003 scientific paper.

Thankfully, a few innovators have begun to act on the kind of vision that Stephenson describes. Just yesterday the leaders of Planetary Resources announced their plans to start mining asteroids, a crucial step in creating off-world bases for exploring and eventually settling the solar system. Scaled Composites, winner of the X Prize, continues to develop commercial spaceflight. And SpaceX prepares to launch a rocket to the space station and, the company’s founder Elon Musk hopes, eventually to Mars.

Let us cheer on these Men of the Mind and encourage and promote their pursuits of the kind of “Big Stuff” on which great, life-serving progress depends.

View all articles by Ari Armstrong →
Will Republicans Wield Muskets in a Nuclear War?Save 20% on Gift Subscriptions
Return to Top