Is Africa the Next Beneficiary of the Industrial Revolution? 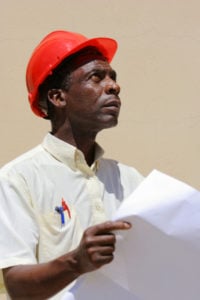 Starting in Scotland and England in the late 1700s and quickly expanding to America and beyond, the Industrial Revolution opened the floodgates of innovation and wealth creation, leading to rapidly improving living standard and increased life expectancy among the general population.

But, as economist Charles Robertson writes for CNN, “Africa largely missed out on this journey.” Robertson hopes that is about to change:

Over the past decade, the billion people who live in Africa have experienced the fastest growth the continent has ever seen, and many of its countries (Nigeria, Ethiopia, Mozambique, Guinea) are among the fastest growing in the world. A growing body of evidence backs our view that as Africa’s population doubles to two billion over the next several decades, its GDP will increase from $2 trillion today to $29 trillion in today’s money by 2050.

Among the reasons for his optimism, Robertson cites Africa’s young population, the rapid spread of cell phones and other technologies, an increase in banking, higher prices for exports to China, and increased oil production.

Although each of these things undoubtedly can contribute to Africa’s economic success, Robertson buries in this list the most important element: government reforms toward protecting individual rights. The reason Africa has remained poor while other regions have prospered is that much of Africa has been overrun by tribal warfare, government corruption, and state-sanctioned violence against individuals.

As Ayn Rand observed, in order to pursue life-enhancing values, men must be free to do so. They must be free to think and to apply the products of their reasoning minds to the task of producing values. When tribal warlords or bad governments perpetrate violence against individuals and steal the product of their effort, they harm people, destroy existing wealth, and cut off the possibility of creating new wealth. When government recognizes and protects people’s rights by thwarting criminals, protecting property rights, and so on, it frees people to thrive as individuals and, consequently, as a society.

Robertson sees hope for Africa in the spread of democracy. But democratic voting is a value only in the context of a rights-respecting republic. To thrive over the coming decades, what the people of Africa need above all else is to recognize individual rights and to achieve governments that protect people’s rights.

View all articles by Ari Armstrong →
Letter to the Editor
End “Too Big to Fail,” not “Too Big” BanksGovernment Regulations Hinder Quality Control and Harm Consumers
Return to Top