Will Republicans Wield Muskets in a Nuclear War? 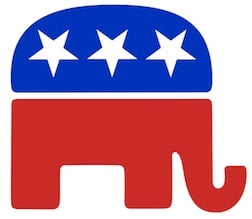 The Democrats, having made so-called “fairness” a key campaign issue in this year’s election, engineered a symbolic Senate vote on the so-called “Buffet Rule”—a special, higher income tax rate on the “rich.” As expected, it was defeated.

But the Democrats’ assault on the rich is not mere political gamesmanship. It is philosophical war. Recall that Obama recently leveled the charge of “social Darwinism” against Republicans for proposing a budget that increased spending less than Democrats want. Such tactics are the MO of the left.

What’s the underlying premise and ultimate goal of these tactics?

Both “social Darwinism” and the “fairness issue” are rooted in the collectivist premise that wealth is a social asset; that under economic freedom some people will unjustly seize a disproportionate “share” of “society’s” wealth, leaving others poorer; and that “society”—that is, the state—must step in and forcibly redistribute “society’s” wealth more “fairly.” This is the Democrats’ goal: to force producers to sacrifice their time, effort, and wealth for the collective— which, according to the left, rightfully owns each individual.

As Craig Biddle notes, the fundamental conflict of our age is “Individualism vs. Collectivism,” and the basic question is, “Does the individual’s life belong to him—or does it belong to the group, the community, society, or the state?”

Democrats are quite open about which side they are on. Will Republicans rise to the occasion, and draw a bright, moral battle line? Will they uphold the principle of individualism and repudiate the nonsense of collectivism?

Historically Republicans have not. In fact, they’ve done worse. They have embraced collectivism. And it appears as though they are going to do it again.

Of course, such a tax would be economically damaging, but economic facts alone do not, cannot, never have, and never will motivate people to change their minds about political issues. Either Republicans are going to embrace and uphold the moral right of the “rich” to the fruits of their efforts, or they are going to lose again. They may lose in the form of Obama being re-elected or in the form of Romney being elected with an essentially Obamaesque mandate; but if Republicans do not seize the moral high ground, they will lose.

As Ayn Rand observed: “A political battle is merely a skirmish fought with muskets; a philosophical battle is a nuclear war.” The Democrats are waging nuclear war on behalf of collectivism. If Republicans want to win, they must respond in kind and embrace the true, the moral, and thus the invincible principle of individual rights.

View all articles by Michael A. LaFerrara →
Reflections on “Earth Day” 2012: Americans Begin to Wake UpIs the Next Era of “Big Stuff” Upon Us?
Return to Top