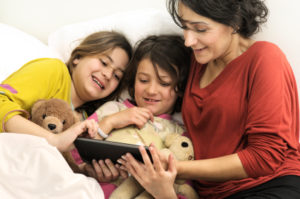 The raw figures are extraordinary: From May, 2010, to November, 2012, the percent of Americans from teens to adults who owned an e-book reader grew five-fold, from 4 to 19. Meanwhile, the percent of Americans owning either a dedicated e-book reader or a tablet computer (popular for reading e-books) grew from 6 to 33. That is according to a December 27 report from the Pew Research Center.

Think about what that means: A full third of the population can now carry around in their pockets purses, or briefcases a virtually unlimited quantity of books—and the devices typically provide access to the internet as well.

Do people still read books in the modern age of “information overload”? Yes: Pew reports that “75% of Americans ages 16 and older said they had read a book in any platform in the previous 12 months.” Of that group, 89 percent read a printed book, while 30 percent read an e-book. The median number of books read over the year was six.

As Nicholas Carr reports for the Wall Street Journal, however, the expansion of e-books is tapering off: “The growth in e-book sales is slowing markedly. And purchases of e-readers are actually shrinking, as consumers opt instead for multipurpose tablets.”

We face a lot of challenges these days in America, especially with respect to our out-of-control government that routinely violates our rights. But it’s important to appreciate just how extraordinary is the age in which we live, thanks to the relative freedom in which Americans live and produce, and thanks to the modern titans of industrial innovation.