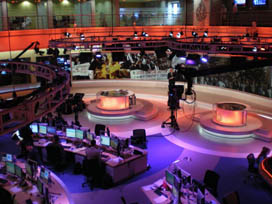 Just as a substantial number of Americans are coming to recognize the injustice of forcing people to fund NPR, Lee Bollinger—the President of Columbia University—has written an article in Bloomberg calling for the government to force cable companies to broadcast the Al Jazeera network.

Perhaps someone in the U.S. media could inform Mr. Bollinger of this fact, as he is unlikely to hear it aired on Al Jazeera in between interviews with terrorists.

View all articles by Daniel Wahl →
Chernobyl Schmernobyl: The Japanese are CompetentWeek in Review: March 20, 2011
Return to Top