Why does E.J. Dionne Pretend the United States is a Democracy? 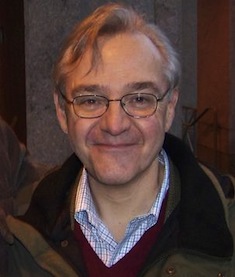 And in arguing for restraint, Justice Sonia Sotomayor asked what was wrong with leaving as much discretion as possible “in the hands of the people who should be fixing this, not us.” It was nice to be reminded that we’re a democracy, not a judicial dictatorship.

Does Dionne really believe that the United States is a democracy?

Although certain political offices and local initiatives are decided by democratic vote (i.e., majority), America is emphatically not a democracy (a country in which everything is decided by majority vote). America is, by design, a constitutionally limited republic that is supposed to protect individual rights regardless of majority vote.

Under the American system, the Supreme Court does not act as a “judicial dictator”; rather, it acts as the protector of the constitutionally recognized rights of the individual (the smallest minority) from infringements by the legislature (representatives elected by the majority).

The founders of America were explicitly against democracy as a form of government. As James Madison wrote in the Federalist #10:

A common passion or interest will, in almost every case, be felt by a majority of the whole; a communication and concert result from the form of government itself; and there is nothing to check the inducements to sacrifice the weaker party or an obnoxious individual. Hence it is that such democracies have ever been spectacles of turbulence and contention; have ever been found incompatible with personal security or the rights of property; and have in general been as short in their lives as they have been violent in their deaths.

Educated liberals such as E.J. Dionne can’t conceivably be ignorant of the fact that the Founders established America as a constitutional republic and not a democracy. Why do they pretend otherwise?

View all articles by Gideon Reich →
Proposed Ban on Words Assaults Reason and LifeMemo to Justice Kagan: Taxes Are Coercive
Return to Top