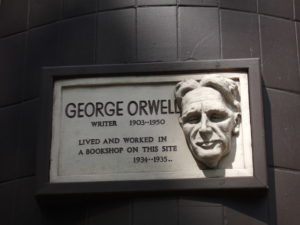 I am nearly at a loss for words: “The New York City Department of Education is waging a war on words of sorts, and is seeking to have words they deem upsetting removed from standardized tests,” reports CBS New York.

The offending words include “dinosaur” because the term suggests “evolution which creationists might not like”; “Halloween” because “it suggests paganism”; and “birthday” because “it isn’t celebrated by Jehovah’s Witnesses.” Also on the list are “poverty,” “dancing,” “divorce,” “disease,” and “crime.”

Although the term “reason” is not on the proposed list of banned words, it might as well be.

The proper purpose of education is to help students expand their conceptual capacities, not stunt them. The terms on the Department’s list designate concepts that identify important facts of reality (including facts about people’s beliefs). While some people may feel uncomfortable contemplating facts, the fact remains that conceptualizing facts, facing them, and being able to think about them is essential to living one’s life.

Suppressing perfectly valid and necessary words in an educational environment accomplishes the opposite of education. It cuts the mind off from facts and thwarts conceptual growth.

If educators need to learn or review the crucial role of concepts in human life—and the profound danger of efforts to suppress them—they can profitably read or reread the dystopian fiction of Ayn Rand and George Orwell. If educators don’t care about such matters, they should resign from their posts as educators immediately.

View all articles by Ari Armstrong →
Force Begets Force Under Health MandatesWhy does E.J. Dionne Pretend the United States is a Democracy?
Return to Top