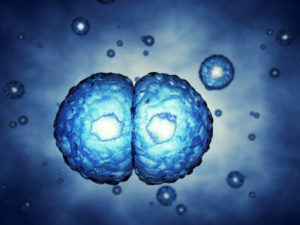 The Obama administration finally found a program it is willing to cut, albeit a tiny one. However, the administration is facing opposition to this reduction by. . . conservatives.

As the Washington Times reports, the U.S. government has spent around $2 million per year to facilitate the “adoption” of so-called “snowflake babies,” or frozen embryos left over from in vitro fertility treatments. Typically an in vitro procedure involves creating multiple embryos, then implanting one or more of the most likely candidates in the hopeful mother’s uterus.

Couples who produce extra embryos, of course, should be free to donate them to others for attempted implantation, and private firms should be free to facilitate such donations—but the government should have no role in it. The government’s proper role is not to facilitate the donation of frozen embryos or anything of the sort. The government’s only proper role is to protect individual rights by banning force from social relationships.

The grants obviously were instituted as a way to appease the religious right, which opposes the destruction of any human embryo on religious grounds. For example, as the Loveland Reporter-Herald discusses, the “snowflake adoption” program (instituted under George W. Bush) has been funding Nightlight Christian Adoptions (obviously a religious organization). Further, and unsurprisingly, the paper reports, “Christian and pro-life websites reacted quickly to decry the administration's funding priorities.”

View all articles by Ari Armstrong →
Kudos to the Colorado Supreme Court for Upholding Concealed Carry On “Public” CampusesAnticapitalist Lorax Succeeds . . . Thanks to Capitalism
Return to Top