A “Teal Movement” in Iran Could Be the End of the Regime: The U.S. Should Encourage It 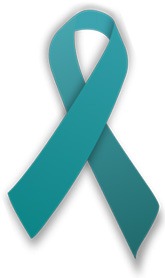 The Green Movement in Iran, which arose in 2009 when the regime rigged the presidential “elections” to keep Ahmadinejad in place, has been struggling—with no moral support from the Obama administration—to free the Iranian people from the religious dictatorship that oppresses them. Because the Iranian regime is the main state sponsor of terrorism against America, because it has repeatedly assaulted and killed Americans, and because it increasingly threatens to harm more Americans and our allies (especially Israelis), rational Americans know that it is in our self-interest to see the regime fall as soon as possible. Unfortunately, given our irrational, selfless foreign policy, our military is currently spread thin, and the Obama administration would never launch a proper military campaign against the Iranian regime anyway.

But there is some cause for hope—and plenty of reason for intellectual activism.

As Foreign Policy reports, while the Green Movement was “drawn primarily from the ranks of the middle class, intelligentsia, and students” who sought freedom from the theocratic dictatorship, “the underclass, still loyal to the regime and Ahmadinejad, became known as the Blues, to underscore the fact that, to the extent that they had jobs, they were primarily engaged in blue-collar professions.” But now, “although the Greens and Blues were once split by socioeconomic and political lines, the parlous state of the economy is making the line between them less distinct: The Blues are going Green.”

For the average Iranian, times are tough. The country's economy is weak, unemployment has skyrocketed to 14.6 percent officially (real numbers are surely higher), and inflation is creeping up as the government cuts subsidies on energy, food, and other consumer goods. . . .

[T]he Iranian economy is on a precipice. Ahmadinejad's new subsidies plan, which eliminates heavy discounts on fuel and food, has thus far pushed inflation to an annual rate of 15 percent, which may well rise further. The prices of important consumer and food staples have risen even faster; the price of bread has doubled, and gas prices have quadrupled.

The government is attempting to alleviate the effects of increased prices by providing its citizens with handouts of cash [!] . . . by every indication, the economy is still going to get worse, something that could give the opposition increased ammunition. . . .

[If a merging of the Greens and Blues] is even marginally successful, cracks may well develop in the government's security structure. The Basij security forces, which became well-known for their prominent role in the suppression of the 2009 protests, are the "enforcers" of the current regime—and the Basij are made up primarily of lower-class youth. As their families' economic conditions worsen, however, Basij loyalty to the government may no longer be taken for granted. If working-class families join the Green opposition in the streets, the Basij would be confronted by their friends and family members in the very crowds they are charged to control. Perhaps this might impel them to have second thoughts about firing on the demonstrators.

This is an opportune time for America to accomplish a great deal toward our security by means of a few words: a clear, succinct, straightforward message to the Iranian people that we morally support their effort to free themselves. We should urge the Greens and the Blues to merge and form a unified “Teal Movement,” which the regime simply could not suppress. Unlike the situations in Libya, Egypt, and other countries in the Muslim world, regime change in Iran can only be good for the United States. The current regime is as anti-America and anti-West as a government can get, so there is no possible downside for us to regime change there.

What should the message consist of? Ideally, the president would say something along these lines:

I wish to apologize to you for my and my administration’s erstwhile lack of support in your efforts to rid yourselves, and thus America, of the tyrannical regime that oppresses you and threatens us. I have been a pathetic coward, and both Iranians and Americans have suffered and died because of it. But I now see the error of my ways, and I extend to you a moral alliance.

Beginning now, America unequivocally supports and encourages any and all efforts on your part to overthrow the tyrannical regime in Iran, to free yourselves from its unjust, brutal rule, and to establish a rights-respecting republic that can thrive and trade with the rest of the free world. The creation of such a republic in Iran is in all of our best interests.

Establishing and maintaining a rights-respecting republic is not easy, but it is the most noble and vital process in which a people can engage. The Founders of America understood the essential elements of such a republic, and I urge you to read what they wrote on the subject—especially the Federalist Papers, the Declaration of Independence and the U.S. Constitution.

Stated briefly, the basic principle of a free society is that of individual rights—recognition of the fact that each person, regardless of race, creed, or economic class, has a moral prerogative to live his own life (the right to life); to act on his own judgment, free of coercion (liberty); to keep, use, and dispose of the product of his own effort (property); to pursue the goals and values of his own choosing (the pursuit of happiness); and to accept and express whatever ideas make sense to him, regardless of what others think or feel about those ideas (freedom of religion and conscience).

This is the fundamental principle on which the successful liberation of a people depends, and my administration and the American people wish to see you outstrip America in your recognition and acceptance of this vital truth.

As for U.S. technological and military assistance in your effort to overthrow the regime, we are open to that possibility—but only in coordination with a movement explicitly dedicated to the principle of individual rights and to the establishment and maintenance of a government that recognizes and protects the rights of all people equally. If you make explicit that the goal of your movement is the establishment of a genuine, right-respecting republic, and if you then need assistance in ousting the current regime, America will provide you with technology, weapons, and training to accomplish that goal.

I urge all people of Iran—all races, all religions, Greens and Blues alike—to embrace the principle of individual rights and the goal of a rights-respecting republic for you and your children. You have suffered under tyranny long enough; it is time for you to enjoy liberty.

We look forward to the day when Americans and our allies can trade with and prosper beside you as brothers and sisters in freedom. And we wish you speedy success in your moral and political revolution toward that end.

Now, obviously, Obama is not going to say anything of the sort. But that doesn’t change the fact that he should say it. Nor does it change the fact that Americans should demand that he say it. We should also demand the explicit embrace of such a policy from any and all presidential candidates seeking our support in the 2012 elections.

Our lives may depend on the ousting of the Iranian regime. Our security certainly does.