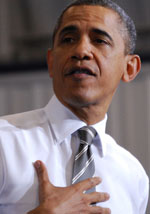 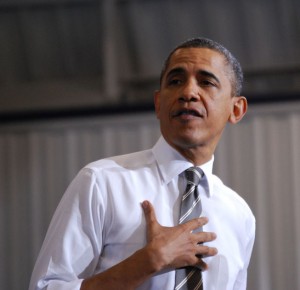 It seems likely the Supreme Court will hear yet another legal challenge to ObamaCare, this one pertaining to subsidies offered through federally operated insurance “exchanges.” Megan McArdle summarizes:

[A] U.S. appeals court issued a ruling that could endanger, or even destroy, Obamacare. The case, Halbig v. Burwell, involved the availability of subsidies on federally operated insurance marketplaces. The language of the Patient Protection and Affordable Care Act plainly says that subsidies are only available on exchanges established by states. The plaintiff argued this meant that, well, subsidies could only be available on exchanges established by states. Since he lives in a state with a federally operated exchange, his exchange was illegally handing out subsidies.

Another appeals court upheld the subsidies, setting the stage for a Supreme Court showdown.

Other provisions of the statute reference an exchange “established by [a] State,” but really include the federal government. Another section of the law refers to a state-run exchange when everyone agrees that it means to include the federal government too. Also, the law actually requires every state to set up an exchange, and it refers to all the exchanges as having been established by states. So you can look at the statute as a whole and reasonably read it to extend the subsidies to residents of every state.

In other words, by this “reasoning,” because ObamaCare is so badly written that “everyone agrees” it means something other than what it says in at least some respects, and because government ignores other aspects of the law anyway, government ought to just go ahead and offer subsidies through federally operated exchanges, never mind what the law says.

That ObamaCare pervasively violates the rights of individuals to control their own wealth and to freely negotiate terms of health insurance and health care on a free market is bad enough; that ObamaCare does so via ambiguous, nonobjective statutes is even worse. Not only through its ambiguous wording but through its deliberate deference to the whims of bureaucrats, ObamaCare substantially empowers the executive branch and hordes of bureaucrats to create whatever health policies they wish.

The basic problem is not that the Supreme Court will substantially decide how ObamaCare is interpreted. On the legal front, the basic problem is that Congress breached its Constitutional authority by ignoring its legally enumerated powers. On the moral front, the basic problem is that many American politicians—along with the Americans who voted for them—accepted the premise that, in health care, “we are our brothers’ keepers,” which now means, in practice, that elected officials, appointed judges, and unaccountable bureaucrats are to a substantial degree the keepers of each of us when it comes to health care. If Americans don’t want their health care controlled by bureaucrats, they must reject the premise that we are our brothers’ keepers and vote accordingly in the future.