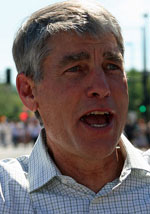 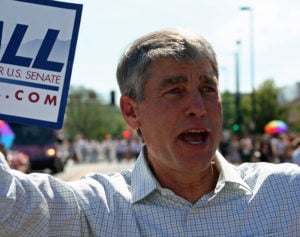 According to the “logic” of Senator Mark Udall and his “progressive” allies, if government forced businesses to provide a new cell phone to each of their employees each year, but then gave businesses a little “flexibility” regarding which cell phones they could select, that flexibility would be cause for outrage. “Which cell phone I use is not my boss’s business!” they would scream. Never mind the fact that, in this hypothetical example, government made their cell phones their bosses’ business in the first place.

Of course, Udall is concerned not with cell phones but with birth control—but the “logic” is the same. Recently Udall announced he was sponsoring the so-called “Not My Boss’s Business Act” to overturn the Supreme Court’s recent Hobby Lobby decision and again force businesses to provide employees with health insurance covering the full spectrum of birth control mandated by ObamaCare. (See “Supreme Court’s Hobby Lobby Decision: Good Outcome, Mixed Reasoning” for details about the Hobby Lobby decision.)

If Udall were truly concerned with not making birth control our bosses’ business, he would not have voted for ObamaCare—a law that (among other evils) makes birth control our bosses’ business as a matter of government coercion. He would fight not only to repeal ObamaCare but to repeal laws forcing businesses to “offer” insurance or pay higher taxes. (See “Moral Health Care vs. ‘Universal Health Care’” for details about federal taxation and regulation of health insurance and health care.)

Thankfully, as the Wall Street Journal reports, the Senate blocked Udall’s particular proposal; unfortunately, Congress has not made headway toward repealing the monstrosity that is ObamaCare or toward establishing rights-respecting policies with respect to health care and health insurance.

If Americans wish to blame those actually responsible for America’s health-insurance fiasco, they should point their fingers, not at their bosses, but at the elected officials who advocate these rights-violating laws, and at the Americans who elected them. What we need is not a “Not My Boss’s Business Act,” but a “Not the Government’s Business Act.”