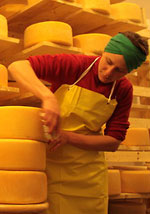 Ban the FDA, Not Wood-Aged Cheese 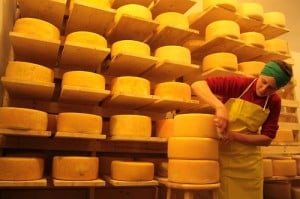 “How can you govern a country which has 246 varieties of cheese?” Charles de Gaulle is said to have quipped. Today’s Food and Drug Administration might answer: “By dictating to all the cheese makers what they may and may not do.”

The FDA recently sought to forbid cheese makers from making cheese in accordance with their judgment. The Institute for Justice reports:

The Food and Drug Administration shook up the artisanal cheese community earlier this month by announcing it would no longer allow cheese makers to age their product on wooden boards. For the uninitiated, aging cheese on wooden boards is a centuries-old practice, one that many small American cheese makers employ and how much of our imported European cheese is made. . . .

The initial surprise ruling came in a reply to the New York State Department of Agriculture & Markets’ Division of Milk Control and Dairy Services, who reached out to the FDA for clarification after several New York cheese makers were cited for using wood aging practices.

The FDA claims that “wooden shelves or boards cannot be adequately cleaned and sanitized,” and that they might therefore allow pathogens to “proliferate.” But government has no moral right to engage in such regulation or preemptive “law.”

Many methods of food production or preparation involve some risks to consumers—as practically everything people do involves some risks—but it is properly up to consumers to evaluate those risks and make their shopping decisions accordingly. If people wish to consume raw fish (e.g., sushi) or raw milk or hamburgers grilled rare or cheese aged on wooden boards, they have a moral right to do so—and they have a moral right to sell or seek such products in the marketplace. Obviously if a producer fraudulently misreports the risks of its products or engages in negligence, government may intervene. But apart from forbidding and policing such rights-violating practices, government morally must keep its hands off of citizens and the marketplace. People’s lives and businesses and money morally belong to them, not to FDA bureaucrats or the like.

Fortunately, as IJ reports, “in the face of an intense backlash, the FDA eventually backed away from its ruling.” Unfortunately, “the future of this practice remains uncertain” because the FDA can at any time dictate that it is no longer permitted.