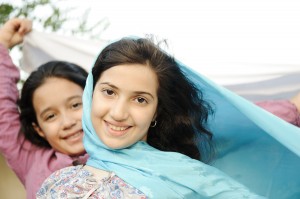 After shooting schoolgirl Malala Yousafzai in the head last year but failing to kill her, Pakistan’s Taliban have sworn to assault her again—in case anyone needed another reminder of the evil of which Islamic terrorists are capable.

Malala—recipient of the European Parliament's Sakharov Prize for Freedom of Thought—deserves respect and admiration for acting in defiance of the subhuman barbarians known as the Taliban. (Unfortunately, she calls for pacifism toward the Taliban, but the blame for this lies primarily with the adult intellectuals who push such nonsense.) Malala also deserves her government’s active protection against these monsters. Let’s hope she gets it.

As for the Taliban (who deserve only to be exterminated) they have, by seeking to murder a child—by means of a bullet to the brain—for the “crime” of advocating education for girls, offered the starkest possible illustration of the conflict between consistently practiced religion and the fundamental requirement of human life: the use of one’s mind.

View all articles by Ari Armstrong →
Letter to the Editor
Janet Yellen: What You Should Know about the Next Fed HeadGet Government Out of Beer
Return to Top